By popular demand, the slightly-longer (by two questions) version of Jason Dill's chat in the recent Thrasher Interview Issue. Enjoy.

"I had zits and a pompadour. I was just trying to keep up." 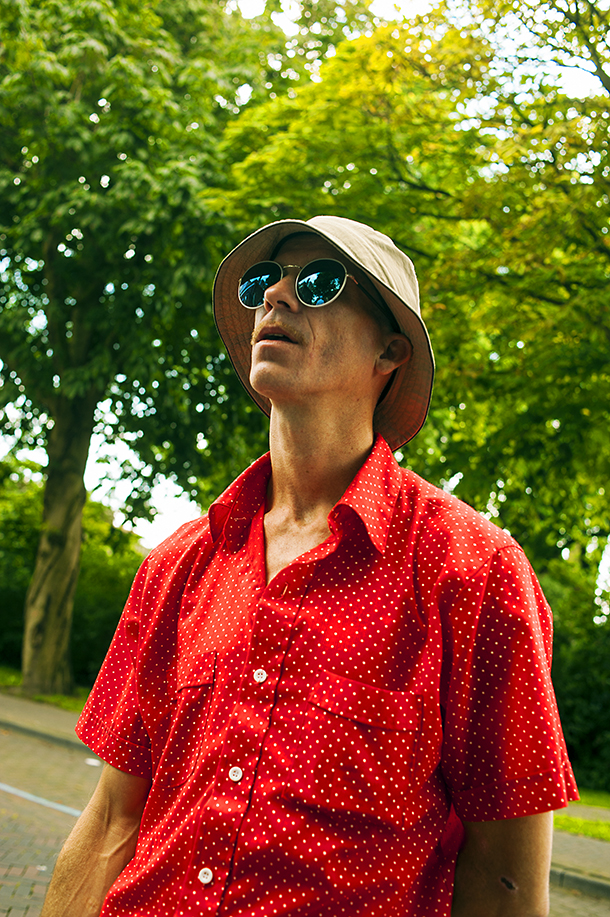 In the early '90s when you were on 101 and the industry giants like Powell and Vision were on the ropes, did you feel like you and your buddies were running things?

No, not at all. When I was riding for 101 I was friends with Gino Iannucci and he was a little bit older than me. When you're a kid and you're 16 and you're friend's 19 and he's Gino Iannucci and you get to see what he does every day? I had zits and a pompadour. I was just trying to keep up. I was just happy to be part of the cool-guy club, finally. I was changing my outfits every day. I was dressing like Carroll one day and then I was dressing like Henry in Tim and Henry's Pack of Lies. That video had a big influence on me. And then I was dressing like Gonz, like I always had. So did I feel like I was running things? No, I felt like an insecure teenager who smoked too much pot and took too much acid. But it was bitchin'.

"I'm an old-ass man and I've got kids tucking their shirts in 'cause of me?"

Were you the first person to wear the highwater pants?

I don't know about that, but I got a whole bunch of motherfuckin' kids tuckin' their shirts in and it touches my heart. I love it. Especially like some young, nine-year-old brothers skating up with their shirts tucked in, like, "Yo. What's up?" I fuckin' love it. I'm like, "I made you do that shit!" I love that shit. I'm an old-ass man and I've got kids tucking their shirts in 'cause of me? I love it. It's bitchin'. I've been wearing these pants forever. I wear these certain pants. They're the Sta-Prest from Levi's. They never wrinkle and I wore a pair yesterday I've had since Mindfield. I don't understand what you mean by highwater. When I think of highwater I think of those jeans that all the girls in New York wore in 2008 because my friend Chloe made that shit popular. 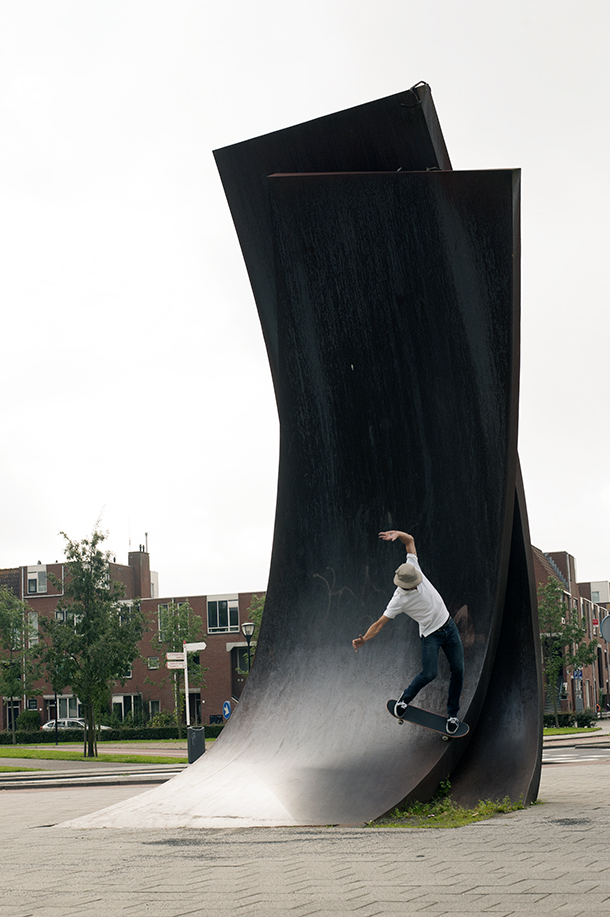 "It's so much more important what you look down on and see on yourself than what other people see."

No, I don't mean high-waisted, like Seinfeld jeans. I mean highwater, meaning they're super cuffed up at the bottom and show a lot of sock.

Oh! I was talking about the waist being mega-high! I was gonna say, "Oh, I was just copying Chloe Sevigny." Whatever. If you have your cuff up a little bit you catch a bit of your sock. You get sock color, shoe color, pant color. Boom! Look at Jason Lee in that one Stereo video Tin Can Folklore? Jason Lee has these high water chinos on and you see his shoes and his socks and for me, I'm like, "That's sick gear." I don't give a fuck about trends. If the shit looks good and your gear looks good -- fuck. Look at Jovantae. He's looked sick as fuck. Jason Jessee looked like Jason Jessee. Neil Blender had the brown shorts and the black socks. Green and black chuckas with the blue Timberwolves shirt. That was sick gear! And you look at all the crazy-ass shit that Mark still wears. Still, to this day, the best look in skateboarding of all time was Mark's fencing outfit. That shit was the best. That's where I copied the pulled-up socks from. From Mark's video in Germany at the museum. I don't give a fuck about trends. People want to talk about Dylan. He wears what he wants to wear. It's so much more important what you look down on and see on yourself than what other people see. Especially if he's a little OCD, too. That shit's important to him.

It seems like skateboarding is like India. You're either insanely rich or you're fucked! There's no middle class in skateboarding. We're selling these skateboards to little kids. They like lame shit. Kids like some bullshit. I've been around a long time. I've done a lot of fuckin' demos. I refuse to do them anymore because I don't need to come to your town for 20 fuckin' people who show up and no one cares. I've been to every small town at least twice. I remember a time when kids would come up to me to sign their boards and I'd tell them, "Hey. Neither Wet Willy or Flame Boy is going to come and do a demo for you. Go get a different board and I'll sign that." I refused to sign a Flame Boy or Wet Willy. It just pissed me off. Talk about getting mad about something that is so far out of your control! 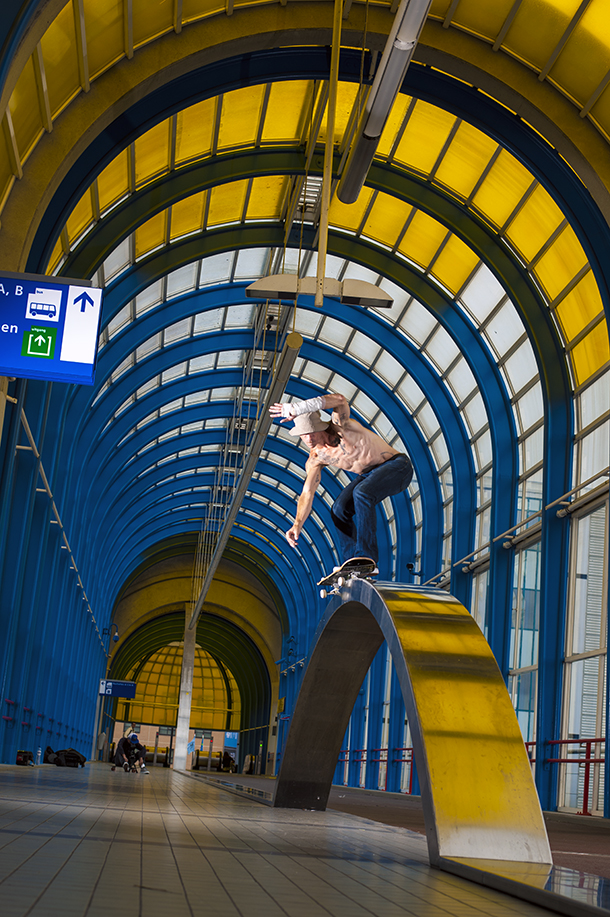 "I come back for one year and work and everybody's high fiving me and you put me on the fuckin' cover like I never did anything wrong?"

After that I pretty much refused to sign Element boards. Are you fucking kidding me? They printed "Power to the Planet" on a piece of fucking wood? Are you fucking out of your minds? This is Idiocracy! This is modern day Idiocracy! You're printing "Power to the Planet" on a piece of wood? You know what I hate the most in the world? It's when people are like, "Oh, go green!" and it's bullshit. I hate that fake eco green marketing shit. And things like Element? That is picture perfect. Power to the planet? You cut down a tree and glued it together with fuckin' toxic glue and then paint your little save-the-world message on it? Oh my God, you're a fuckin' asshole! Holy shit! You're so full of shit. Wow! I hope they made a whole lot of fuckin' money. That's the point where I can't believe people still want me around. Wow. I'm still here? And they still want me to perform tricks on film? I still get to create? I still get to make my shit? I still get to lose my mind trying tricks and feel super insecure about my age and freak out? But the checks keep following me. The checks have followed me my whole life. The checks have followed me since my mother and me's shitty little apartment that we had to move out of because she couldn't afford to pay for it without me pitching in. I moved out onto my own and these checks have followed me ever since. I've never lived a real life. Dyrdek's got a Fantasy Factory? Great. I've got a whole fuckin' fantasy existence. I got to spend 14 years being a drunk, drug addict alcoholic. I come back for one year and work and everybody's high fiving me and you put me on the fuckin' cover like I never did anything wrong? Are you kidding me? I want to stay in this forever! Go to jail, come out sponsored! That's why skateboarding still fuckin' rules! 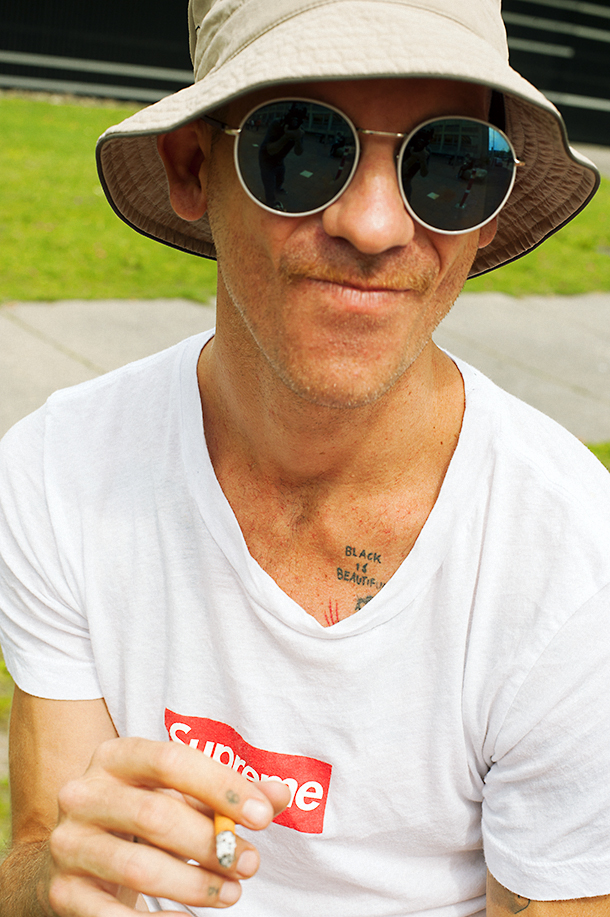