Ewan Bowman has joined the Thrasher team as Director of Videography where he'll work with P-Stone, Schmitty and the rest of the crew to take the videos you see on our website and DVDs to the next level of radical. Though he's known for being one of the best in the biz behind the camera and computer, we're stoked to have Ewan on the team because he's a stand-up dude, a true skater and fuckin' hilarious.

A few words with Lord Bo: 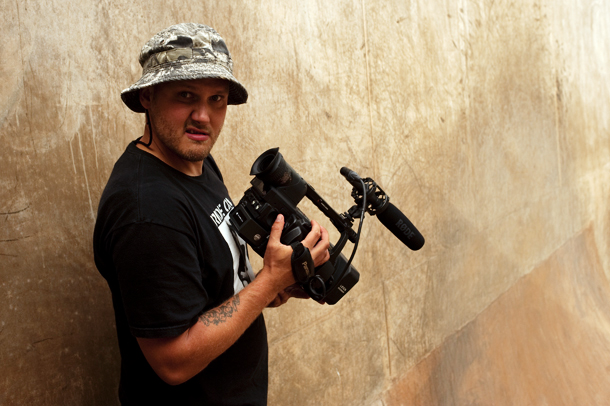 What's your story. What are you all about?
What am I all about? 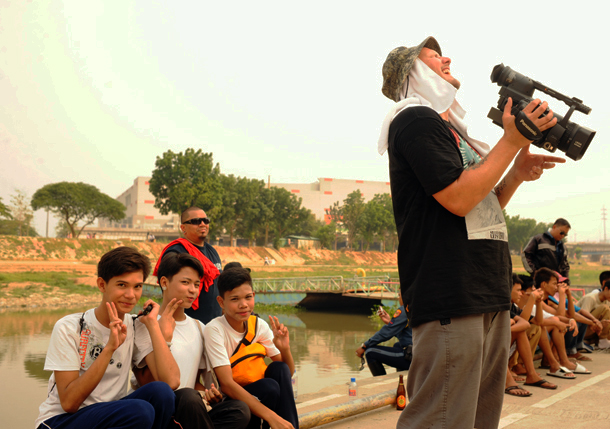 You were a proud member of the Blueprint Skateboards team, correct?
Yes, a proud member, probably before anyone even knew what it was called or anything about it.

What was your hot move in those days?
Slamming, probably! That was probably my best maneuver. 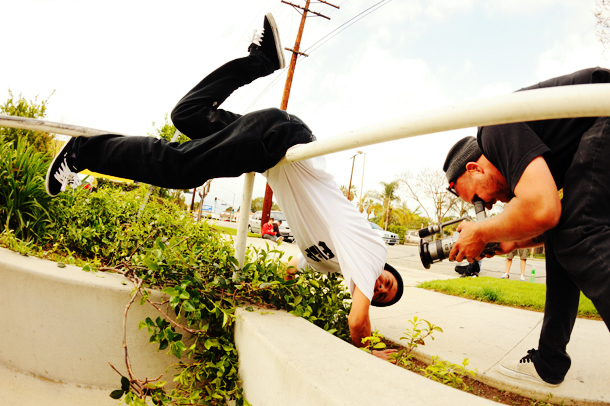 And you did a stint in SF?
Yep, lived up in SF for awhile, 5 to 6 years. I can't really remember. The reason I can't remember is 'cause I was drunk for most of it. 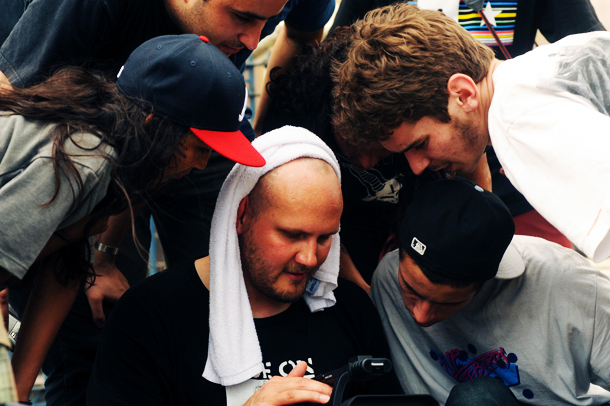 What got you into filming?
What got me into filming? Realizing that I was better at slamming than actually skating. I figured I probably wouldn't be in any kind of shape to carry on in ten years time. So I figured I'd better start filming so I can still be involved in skating. It's the best thing in the world when you think about it. 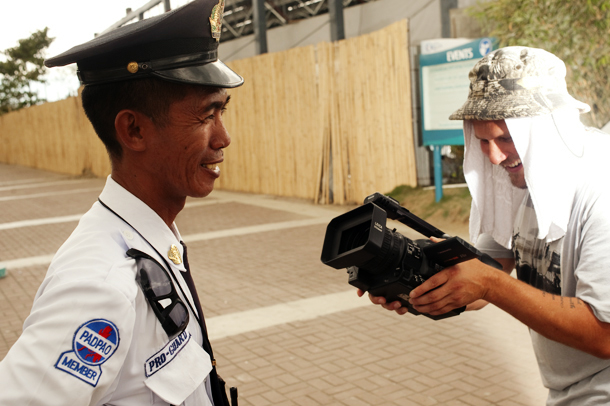 What's your professional trajectory been like? You worked for 411?
The first people I ever got a check from was Thrasher, actually. I can't even remember who it was. It was a line and single trick in a Thrasher video a long time ago. After that I worked for 411 - thanks, Ortiz, thanks, Claravall, for hooking that one up. That was a good time, yeah. 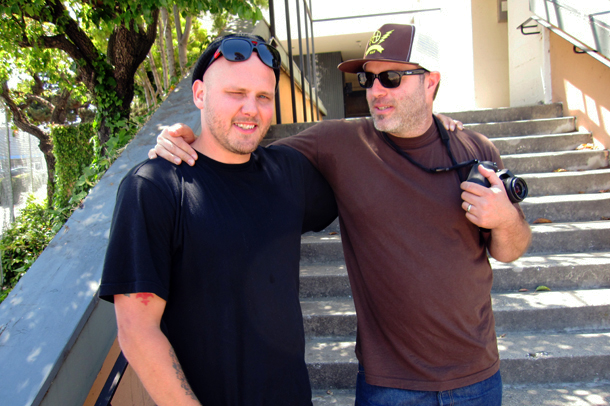 Then Flip?
I started while they were filming for Sorry. Fred made that one but I'd help film while he was editing or whatever. I picked up the loose ends towards the end of the video. From there I started to work for those guys, around 2003, right before Really Sorry came out. I helped film and edit that video. From there we traveled the world for eight years, skating and filming, working on what would become Extremely Sorry. 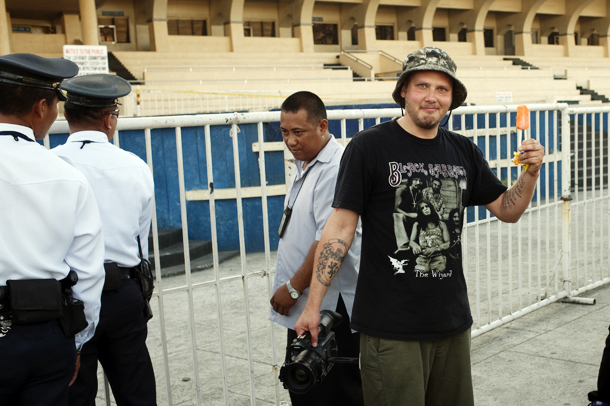 Who are your favorite skaters to film with?
Fuck. Anyone who goes balls to the wall, ready to eat shit and die. Skating with Geoff and Arto, just seeing how they do it. They're gnarly. John Cardiel is amazing - so much energy and so hyped. Trujillo. David Gonzales, Julien Stranger - anyone skating fast who doesn't care. They're just skating. 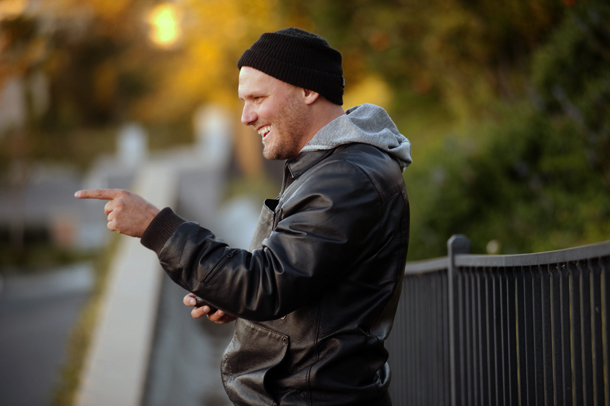 What have been your favorite trips you've been on?
I went on this Santa Cruz trip a long time ago and that was pretty funny. You were there, I seem to remember. I think not long outside of San Francisco we ended up at this house party and I ended up sucking on some titties. They were really nice titties. I was actually thinking about those titties the other day! Then I met this chick in Minnesota. Had some exciting times. Me, Stefan Attardo, and Mike Rafter. I wonder what he does these days? We went to this house party and met these chicks. One thing led to another and the next thing you know I'm eating her out on the toilet.

Whoah! This is a family website, man!
Haha! You can bleep that part out. Anyway, there's been tons of good trips over the year. Tricks, titties - they all sort of run together. 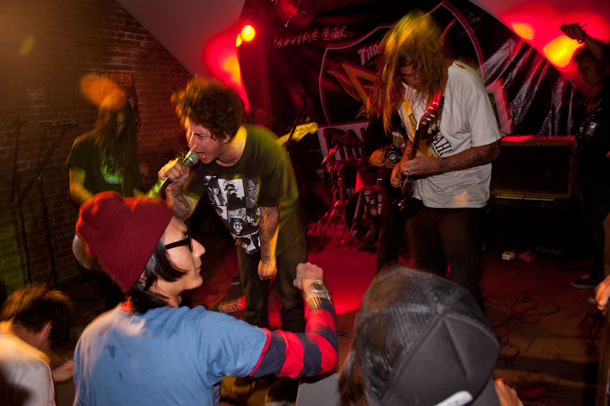 So you got back from Skate Rock China last week. How was that?
The best way to describe Skate Rock China is that it must have been like when punk rock music first emerged. It was balls-to-the-wall and completely mental! Shit was getting smashed all over the place. The energy was fuckin' so high! People weren't fuckin' around. It wasn't like sit in your chair and watch some shitty band play - people were giving it 100 percent. Shit getting smashed, people getting heckled. It must've been what punk rock and rock n roll was like when it first started. Same thing with the skating. They fuckin' party hard, then they skated even harder and then they'd party even harder. It was a constant snowball of carnage. Every spot, it was like letting the prisoners out of the jail. The vans were these mobile jails and every time we got to a spot the dudes jumped out like they were getting out of jail and would just go mental. Then they'd have to be corralled back in the vans only to be released again at the show. China definitely wasn't ready for Skate Rock. 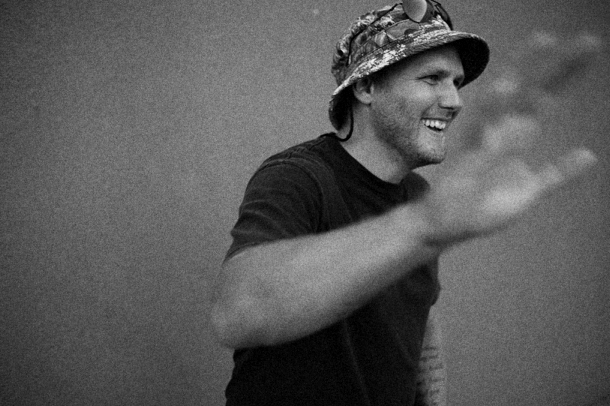 So you've decided to take the job as the Thrasher Director of Videography. Why'd you want to work for us?
'Cause it's fuckin' Thrasher! I've got a subscription to Thrasher. I've looked at Thrasher my whole life. It is the magazine. The look, the name - Thrasher. Who wouldn't want to be part of it? It's the magazine that most other mags probably wish they were. 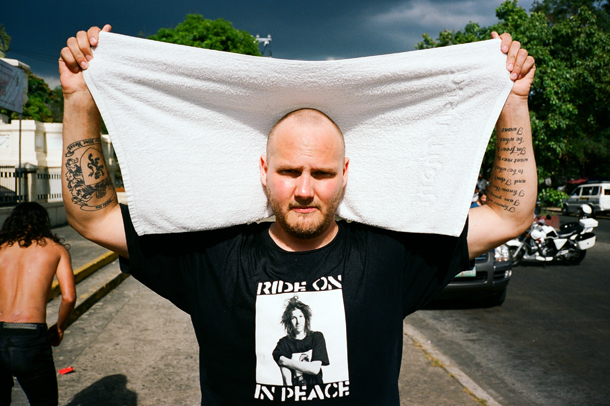 Are you looking forward to working with P-Stone?
Big Dog! Fuck yes! There's no other guy out there like him. It's gonna be fuckin' awesome. I just came back from the trip with that dude. He's more solid than a rock. The whole Thrasher crew is solid. 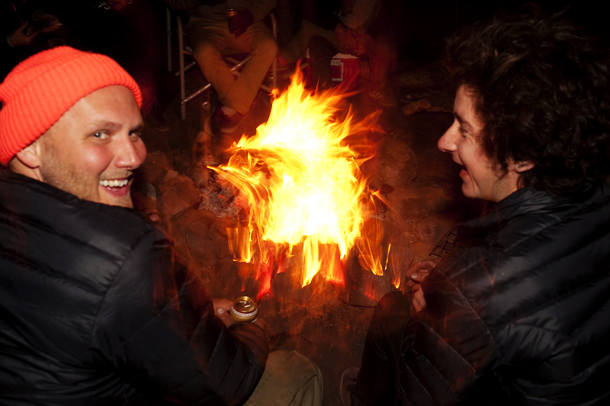 What projects are you excited to start working on here for the mag?
Obviously the Skate Rock China thing. I've got some ideas up my sleeve for that.  King of the Road is next up. That's going to be the best one yet, probably. We're going out to Atlanta to film with Grant Taylor next week. I'm pretty excited about everything, actually. 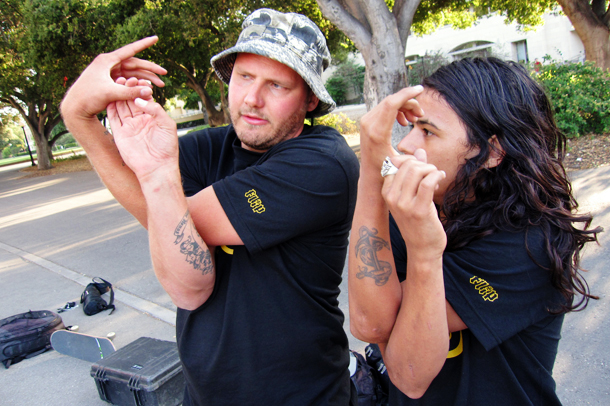 Who do you want to work on video projects with for Thrasher in 2012?
Obviously Figgy. After going on the road with him, that's like seeing some Greek mythology shit right there. Seeing it in real life was insane. Figgy - insane beast! Going out to film with Grant next week. That's going to be like taking a sheet of acid. It's like seeing something from another planet when you see him on a board. He's on another level. 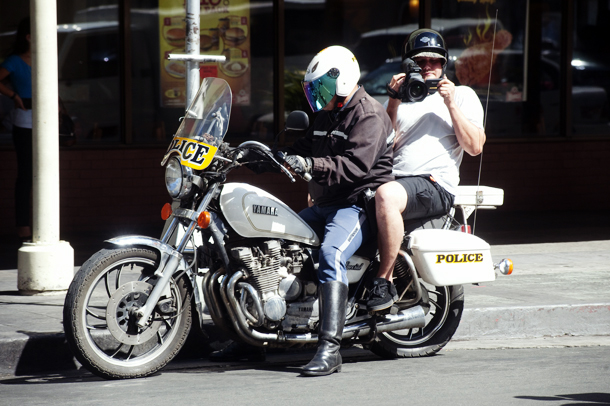 Who else do we need in there?
Obviously John Rattray. David Gonzales and Luan Oliveira. Div Adams has to be in there. Tom Remillard. We need those Baker/Deathwish dudes, of course. Alien has been killing it. We gotta get Jake Johnson in there. He's on that Alien other level shit for sure. Slash. Raven Tershy! Fuckin' Elijah Berle, dude! Leo and Daniel Lutheran. Omar Salazar! Nuge! We need all those guys and more! Who's ready? 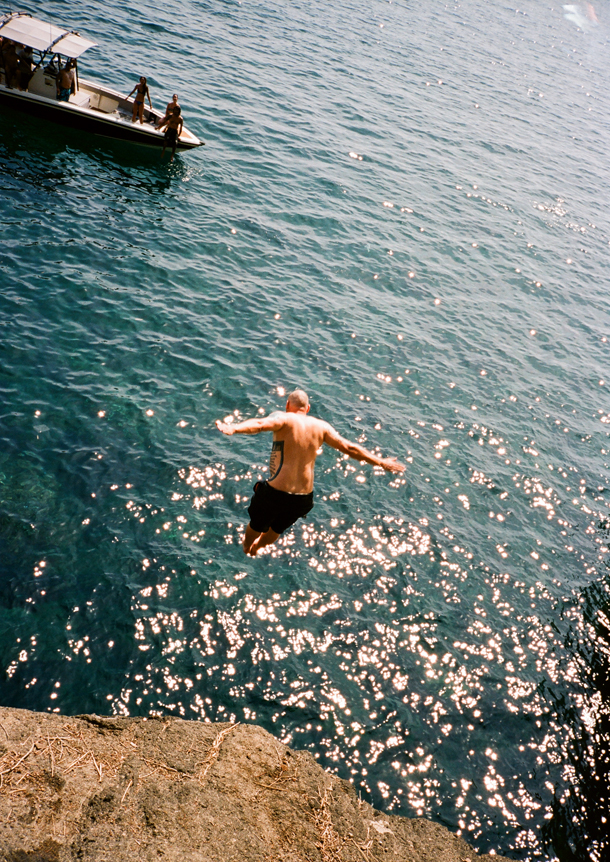 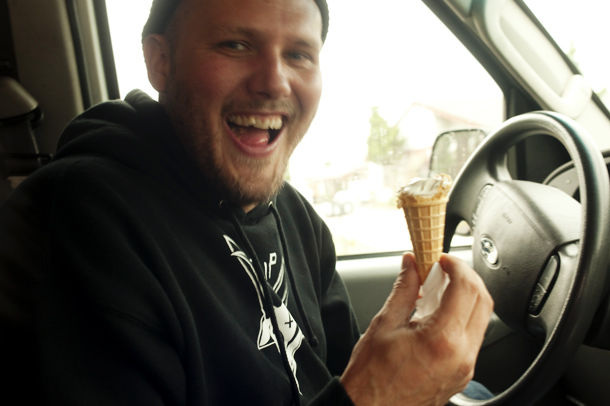 What happened when you ollied into Skip's Ditch?
Well, I'd been sitting behind that computer editing for too long and I needed a fuckin' shot of excitement, you know? You get caught up filming and editing for too long and you might forget what it feels like to go for it yourself! I hadn't done anything like that in awhile. It was actually on Shane's birthday. I didn't realize at the time it was his birthday, but I must have felt his vibe, his energy. I ollied in. You were there, shot the photo. I made it through the kink but I wasn't quite prepared for how fast I was going to be going and I got speed wobbles halfway through the flat. Smashed the thumb. Broke it. Had surgery, pins and a good time! Remember you asked me what I was good at? Well, slamming is my maneuver. That's what I'm good at. I just sent you the footage of the pins being removed. That was a good time, too. 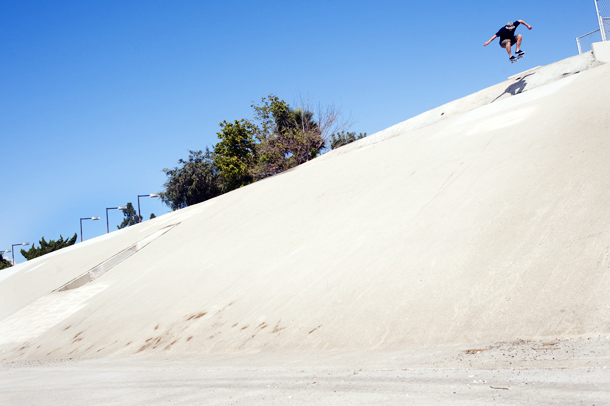 Anything else?
Yeah, thanks to Flip - Geoff, Arto, Jeremy and Ian, for the eight good years of skateboarding and traveling the world. And thanks to everybody else who's been there and helped me along the way. Skate or die. Shane Cross, RIP. 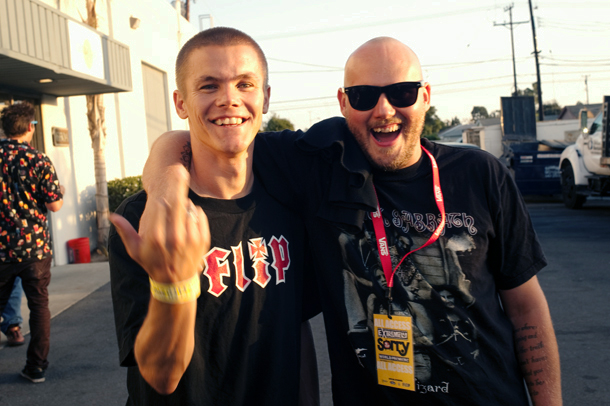