Interview with filmmaker Amelia Brodka about her upcoming movie, Underexposed.

Why did you want to make this movie?

Well, I needed to do a senior thesis-like project for school and I wanted it to be skateboard related. That was one part of it. Another part of it was I was curious about what kinds of opportunities can be generated for girls that skate and what were the factors that play into getting exposure in skating and things like that. It was a fun way to get to know the industry, help promote girls in skateboarding and get it out there. I didn't really know anything about video when I started. I had to learn as I went along. 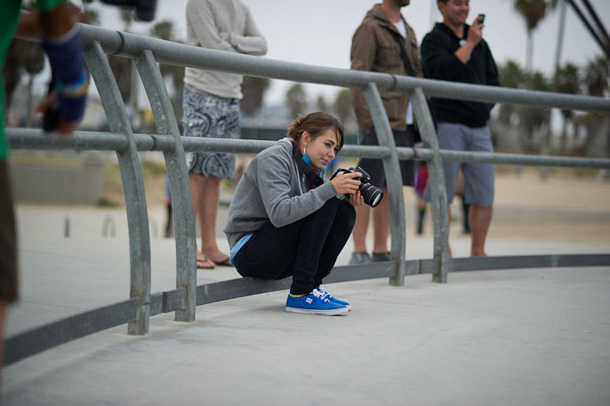 I saw the X-Games when I was a little kid in Philadelphia and I saw the girl's vert demo. Lyn-Z Adams and Carabeth were skating and I said, "Wow! I want to do that!" And I've never stopped, basically. I got completely obsessed and attached to it.

In the trailer of your movie, the X-Games and contests seem to figure prominently.What is it about contests that is important to you and to girl's skating?

I think that contest, especially with girl's skating, seems like the avenue that makes the most sense. It would be really great if girls were on the same level as guys for the type of exposure that guys get in magazines and videos - the traditional way of going pro and getting exposure. But girls aren't on that level yet, but when they're put into a contest setting it seems more manageable, I suppose. It kind of levels the playing field. In a contest setting girls compete against other girls so it provides a way for them to make it in skateboarding, if that's what they want to do. It seems like it would be way more difficult for them to try to compete with the guys for exposure because of the level difference. Until that level difference changes, I think contests might be a good avenue for girls to pursue skating.

After making your movie, what did you find out? What are the impediments for girls to be involved in skateboarding?

Yeah. The girls need to go out and film more and make more stuff happen, if that's what they want to do. Don't just sit around and be bummed because a contest got cancelled. Go out and make it happen for yourself. 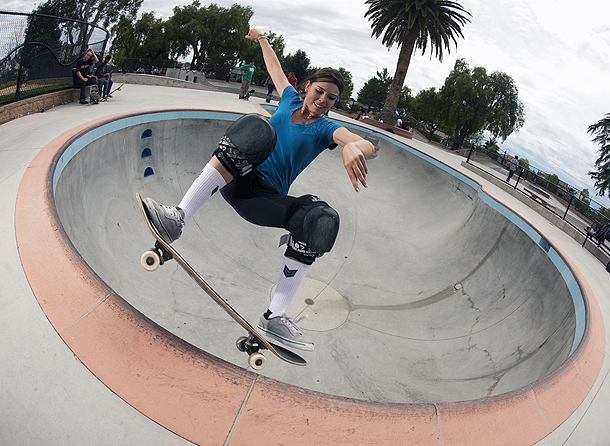 I think for most skaters, contests aren't that important. Did you find out anything encouraging outside of the world of contests?

Yeah. Most of the people that I've talked to in the industry are supportive of girls who skate. It's not like anyone is against it. But like I said it's involves getting more proactive about getting coverage or working more closely with sponsors to do the things that are required of every am or every pro.

What impact do you hope your movie has?

My primary message is that girls are aware of the fact that skateboarding is super fun and they can go and do it and it's not just a guy's thing. Maybe that's what most of the media coverage is, and I don't want them to get confused that only guys can skate, 'cause that's silly.

If you could wave a magic wand, what are some changes you'd make to the skateboarding scene, for lack of a better word, to improve things for women who skate?

The thing that I'd most like to do is have companies that sell women's shoes and apparel and call themselves skate companies - it'd be rad if they actually used girls riding skateboards to promote their products. 'Cause a lot of times you see an ad of a girl holding a skateboard, but she's not even a real skater and the ad is for a supposed skate company. Some of these companies even flow girl skaters product. So why not use an actual girl who skates instead of a model holding a skateboard?

I don't want to point fingers, but there's been a trend of very handsome male skaters not doing a lot of skating in these ads lately, too.

That's definitely true, but at least they're actual skaters. I understand the idea of lifestyle marketing, but most of the time the guys modeling in the ads are authentic skateboarders who are on the team - not just some random model to hold a board.

Who are your favorite she-boarders out there?

Oh! Definitely Lizzie Armanto, Mimi Knoop, Carabeth Burnside, Marisa Dal Santa and Elissa Steamer. I'll stop. There are many of them, but those are at the top. 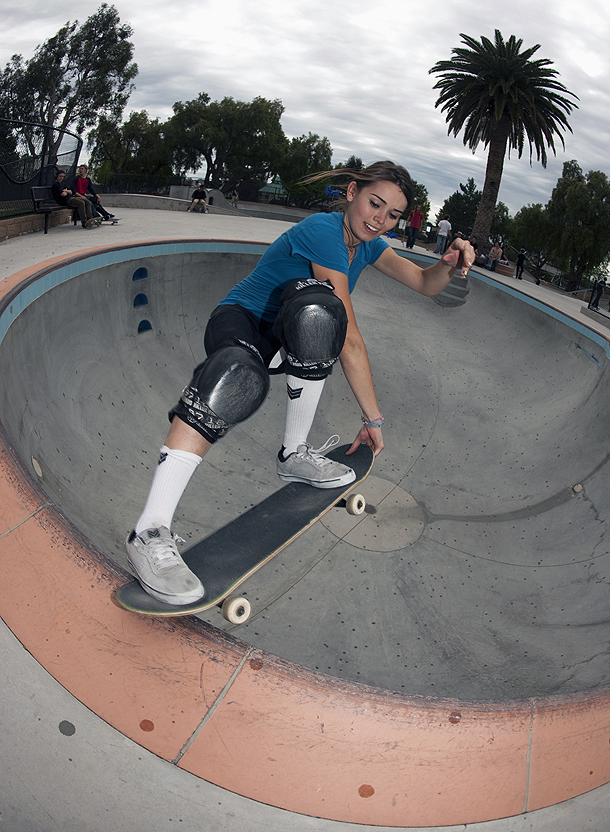 Let's get to this photo of you here. How did you develop this unorthodox double-tuck-knee crail?

I was trying to negate all the stink bug tricks I do. So I double tuck kneed it, so maybe it makes up for the other tricks I do with lame style. Nah, I actually didn't realize I was doing it weird until someone pointed it out to me. "That's not a crail!" "It isn't? Oh crap." Now I don't know how to un-do it. It kinda is what it is.

Watch the trailer for Underexposed here.

Underexposed will be having an invite-only, work-in-progress screening tonight, Aug 1st, 2012, in Long Beach, CA. 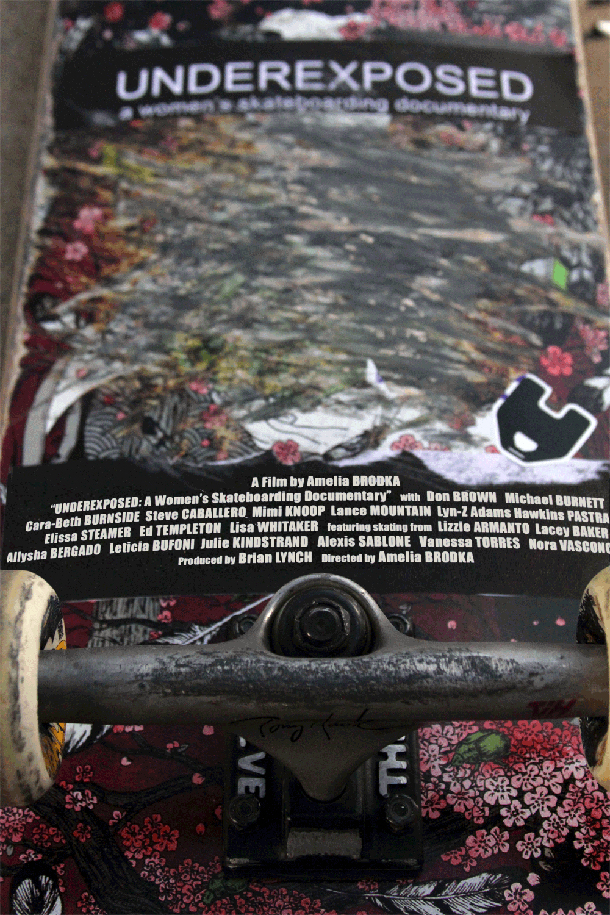