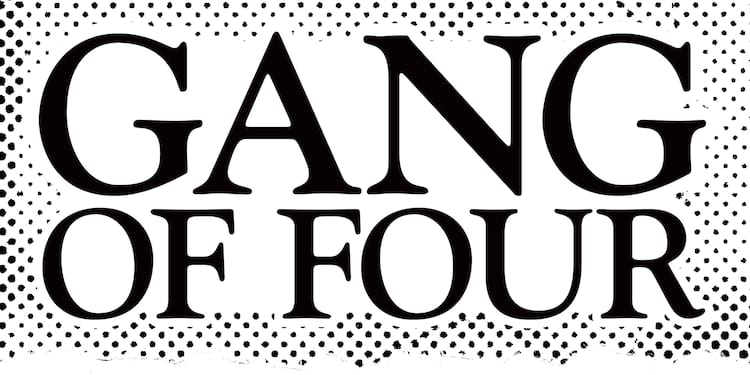 NOTE: Andy Gill passed away on February 1, 2020. This interview ran in the May 2019 issue of Thrasher

GANG OF FOUR co-founder/guitarist Andy Gill helped pioneer the post-punk movement in the UK during the late ’70s/early ’80s with classic albums such as 1979’s Entertainment! and 1981’s Solid Gold. Along the way, the guitar virtuoso produced not only the Gang of Four albums but also projects from the Red Hot Chili Peppers, INXS’ Michael Hutchence, The Jesus Lizard and The Stranglers. Although Gang of Four broke up in 1984, reconvened in 1987 and broke up again in 1997, the group reformed in 2004 with Gill as the sole original member. As he was getting settled in Los Angeles prior to the Gang of Four’s latest North American run, the Leeds native opened up about working with Anthony Kiedis, why hearing the Rolling Stones’ “(I Can’t Get No) Satisfaction” was a pivotal moment in his life and what happens when Gang Of Four plays “Anthrax.” —Kyle Eustice 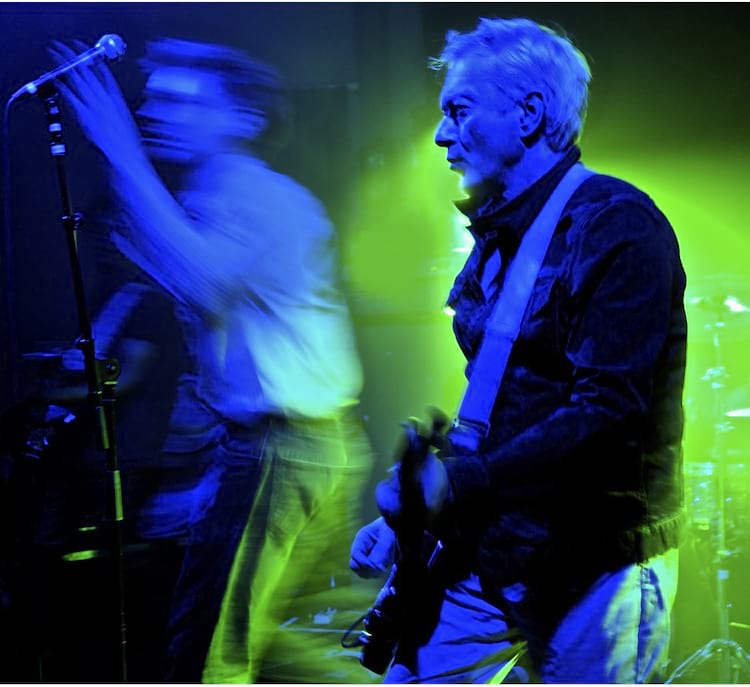 You actually went on tour with The Faint who are from my hometown of Omaha.
That’s right.

Todd Fink actually describes you as a “true guitar visionary.”
That’s really sweet and I love The Faint. I really enjoyed that tour. We all got on well and we were helping each other out. Quite funny because they had a bus and it was quite posh. It had electric doors. And we had a bus that was a little bit old, but the first bus to break down was theirs. So their bus broke down and we said, “Don’t worry. Just come on ours. It’s going to be a bit of a tight squeeze.” So they came along with all their luggage and we took them around for about three days until their bus was fixed. Then six days later, our bus broke down and we all piled onto their bus.

Growing up, what kind of music reeled you in and made you want to play the guitar?
When I was young, ten years of age or so, there were things I heard that I thought were just so unbelievably exciting. I remember the Rolling Stones doing “(I Can’t Get No) Satisfaction.” That turned my world around, that incredible riff. I was just a kid but I had it going ’round my head. I used to stomp all the way to school to that beat and stomp all the way back to that beat. Then I mentioned it to my cousin and he said, “Andy, that’s the easiest riff in the world. Let me show you.” And I’d never picked up a guitar. And it really is the simplest. If anybody asks me how to play the guitar, it’s the first thing I show them.

It’s just a few chords, right?
Right. So, I got my head around that, played that to everybody’s annoyance for about a month and started picking up other stuff. Then you’re hooked; you’re in there. The more you play, the more adept your fingers get at getting around everything and you learn all the chords and everything. I think the guitar is not a tricky instrument and everybody knows you don’t need to read music to play guitar.

Do you remember your first guitar?
I had a really beaten up acoustic guitar. I’m not sure if it was my first guitar, but I had a really beaten up one which I liked a lot. It played really well, had a really nice action. Then I think I made an electric guitar in the school workshop. I bought the fret wire. I bought the pickup. I actually made the whole damn thing. Then at one point, I sold it to one of the guys in The Mekons because he thought it was great. Yeah, it was painted orange. He thought it was great so I sold it to him.

You eventually started producing music for other people like the first Red Hot Chili Peppers record. I’ve read the Anthony Kiedis autobiography so I know shit was really crazy back then. Was it difficult wrangling them?
He was crazy, yeah. It was different from day to day. There was a lot of fighting going on and sometimes Anthony would disappear for a few days, so we kind of just got on with what we got on with. We got there in the end. It was interesting times because I remember this argument where I was trying to get them to be more on the beat—like not to get faster or slower, to really hold the beat. There were various discussions and I said, “I’ll just use this drum machine as a time keeper.” And Anthony went, “We can’t do that man. It’s got no soul.” I was, like, Fuck! So I said, “Well what if Cliff Martinez plays the cow bell along to that, so he’s a human interpreter of the mechanical drum beat?” Anthony was okay with that. He said, “Yeah, okay. That’s fine. Do it like that.” And so that’s all we did. We put a cow bell down and played to the drum machine. That was our plan, just to get everything really tight. I get a bit obsessive about tightness. I don’t want things speeding up and slowing down. But there were endless stories like that. Anthony had his idea and I had my ideas—on it went. But it was a good record. 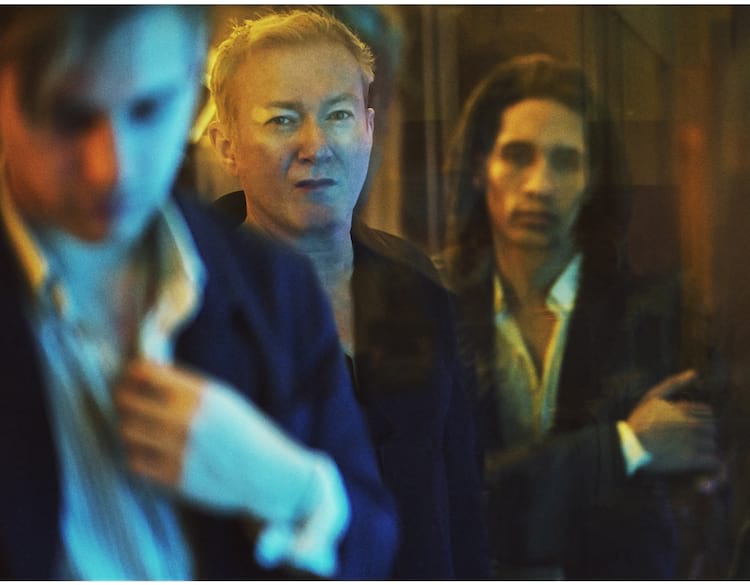 There’s kind of a good example of coming to a compromise.
Yes, it is. That’s right. You get that tightness that you want but nobody feels that the machines have taken over the world.

Do you still buy cheap guitars to throw around during “Anthrax?”
Yep. The tour manager went and bought a whole bunch of cheap guitars this afternoon.

What kind are they?
I have no idea. They’re cheap is what they are.