FOR TEN YEARS Headsplit Records has been releasing some of the most disgusting metal bands on cassette tape, promoting sickening shows, and spewing zines filled with vile information and art into the bloodstream of the underground. One of the label's more recent releases is from Hacksaw: Amplified Noise Slaughter —stabbing one-foot blast beats with ridiculous vocals from the ringleader of Headsplit himself (Dylan Laviolette) and blazing saw-riffs from Burnside ripper Mike Hell. Aside from treating his guitar like he does his skateboard, Mike is known to eat discarded food from garbage cans religiously. Although the band fucking destroys I had to dive into Mike’s world of garbage cuisine for this piece. —Sam Hitz 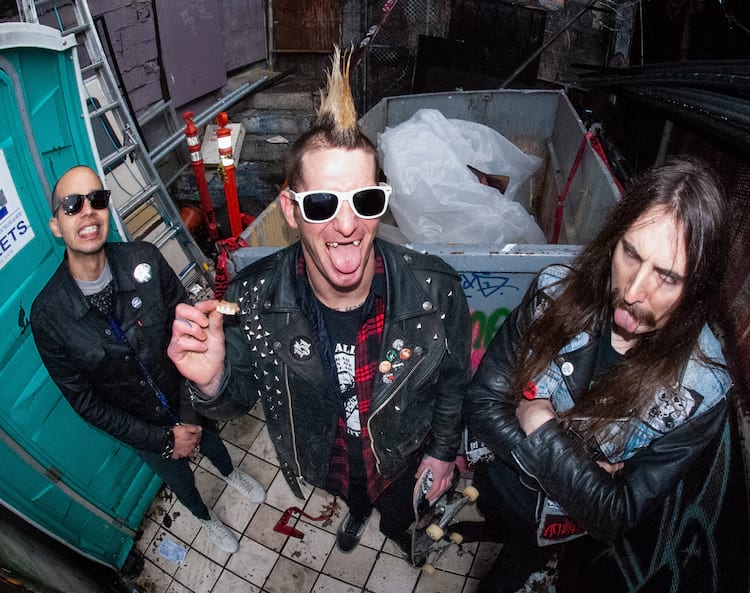 What was the last piece of garbage you ate?
A mix of Doritos and Lay’s potato chips found at the gas station on our way up to play a Hacksaw show in Seattle. Dylan shared some with me as well.
Where is the best place in Portland to eat garbage?
Lloyd Center mall food court. Lots of Orange Chicken. Nobody finishes their Orange Chicken ‘cause it’s too sweet. There was a legend that the janitors were spraying bleach on the garbage at one point to stop us but I don’t know if that’s true.

A little bleach won’t hurt.
No. 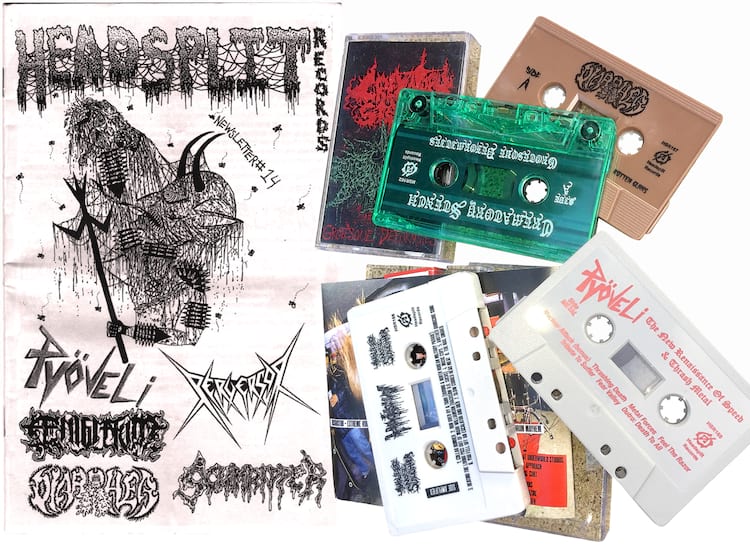 Headsplit Records, high-tech music streaming
What’s the craziest thing you ever ate from a garbage can?
Like worst?

Sure.
When I moved here I was living at Burnside and Germ took me and my friend downtown and got some steaks out of a dumpster. They were all covered in dirt and then he cooked ‘em in beer to get the germs off. It was not good.

Have you ever scored some scrumptious waste from the Burnside dumpster?
Oh, yeah, for sure! Donuts, sandwiches, burritos. I watched Ratzman throw away a burrito one day and I ate it.

Is the garbage eating circuit very territorial? Have you encountered any competition?
Yeah, I have. In county jail they called me “Trashcan.” I would wait by the trash and take everybody’s left-overs. A new guy came in and saw me do it and started to try and do it. My friends started yelling at him like, “that’s Trashcan’s territory!” They had my back.

Have you ever taken your old lady on a garbage-eating date?
Yes, I have. I took her to the movies.The big score at the movies is going to be the popcorn because no one finishes their popcorn. You get full bags. She was digging it. She was with it until I pulled a bag that had a curly black hair in it. But yes, I have been known on occasion to take girls to the Lloyd Center mall to eat garbage.

The trick is not to dig too deep then?
Well, if you're starving there’s always ways to eat but I don’t like to dig too deep. I like to skim off the top—get it hot, fresh and good. You dig too deep you’re gonna’ get shitty, stale food and possibly get sick. 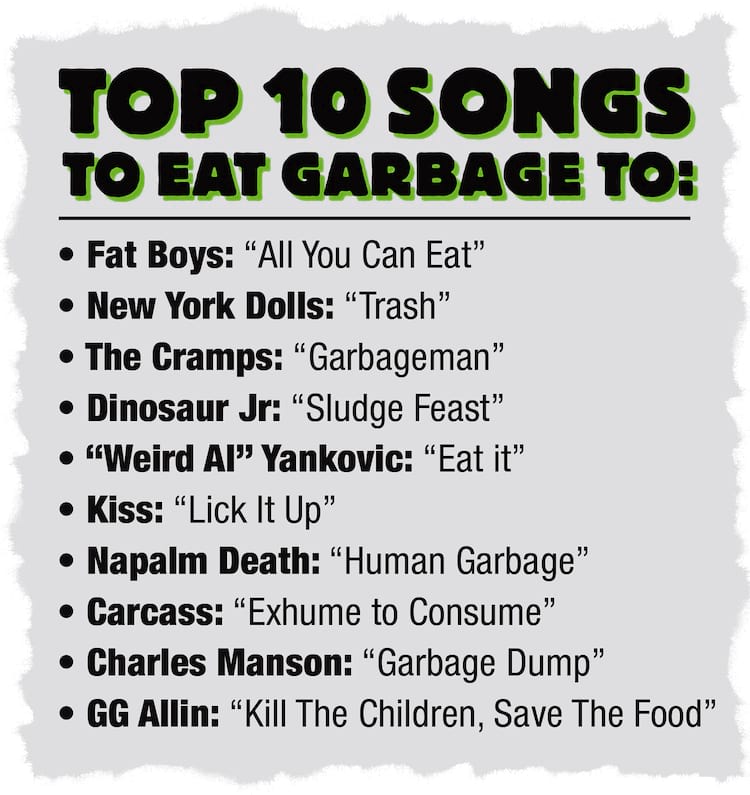 Give the reader the best reasons to start eating from garbage cans once a week.
A couple of years ago I really kicked into “garbage eating mode” to save money. Two: it just feels good to come up on free shit—it’s good for your soul. Also, you’re making a difference. People throw away tons of food every day. Fuck that! Cut down on waste, help out. That’s the big picture.

That’s Nobel Peace prize worthy and Mike Hell from Hacksaw is leading the charge. Any more advice for the fledgling Garbage Eaters?
I would like to encourage everybody to eat a little garbage. Start ‘em young and build up those immunities and they’ll be able to eat garbage throughout their whole lives. Who knows what’s going to happen to this world? When the shit hits the fan I’m going to know what to do and so should the kids.
Check out Mike Hell below as he samples some of Portland's finest garbage dining and skate spots. Clip from "Kill Skateboarding IV"
© 1981–2022 High Speed Productions, Inc.