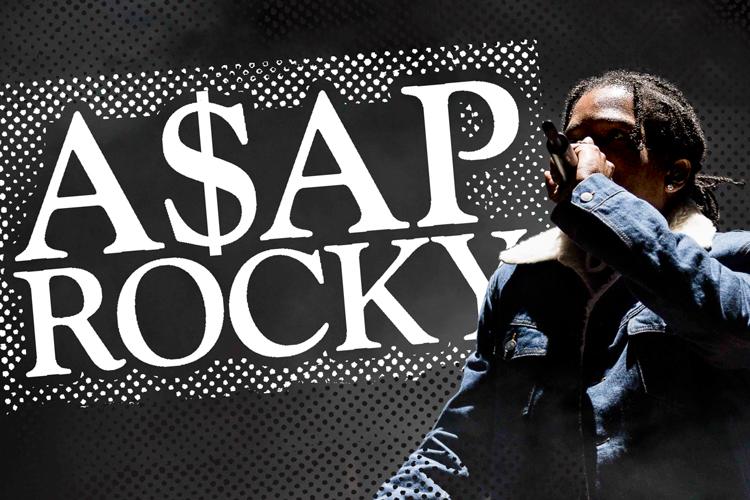 Five years ago while living in New York, I met a kid with gold grills and french braids who told me I had to watch his new music video. The video wasn’t out yet, he just showed me a cut of it on an iPad. The video was Peso and the kid with the gold teeth was A$AP Rocky. Since meeting Rocky that night I have spent a lot of time with the him traveling and documenting his career. We recently sat down during the Rocky and Tyler (the Creator) tour to talk with him about what’s been going on and what he has coming up in the near future. Interview and photos by Brock Fetch

So what’s going on? You’re in LA?
Hell yeah.

Are you happy that the tour is over?
Nah, that shit was fun, man.

Well, I guess I can’t count Carnival, but I came and saw the Carnival stuff and I saw you guys in Red Rock.
Oh, alright. So then you got to see both of  my stages.

I mean, the Red Rock one was pretty sweet ‘cause it was like the jukebox night and you guys sprayed the money and everything, you know—the amp money. That was kind of epic especially with the skyline in the back. But the Odd Future show was super fun, too. You brought out Fresh and Puff was in the background drinking milkshakes, very gangster. So what’s going on with tour stuff now? Are you going to take a break for a little bit to work on the next record or are you going out again pretty soon?
So, right now I’m working on a record. I’m working on the Cozy Tape.

Elaborate a little bit on what the Cozy Tape is for people that wouldn’t know.
The Cozy Tape is A$AP Yams album that he started to work on right before he died. And it features a ton of people. I would say it’s more of like a mix tape.

Very cool. So is there a timeline on that yet?
It’s a focus but I don’t know when.

And you’re already working on that new record, I’m sure.
Yeah.

Talk to me a little bit about why you’ve been spending time and working in London.
I guess it’s really the energy. I feel like with London, it’s nostalgic. It reminds me of New York as far as the architecture and the scenery and how it looks. But it’s different because it’s like being at that home with more space and I would say more me time, you know? 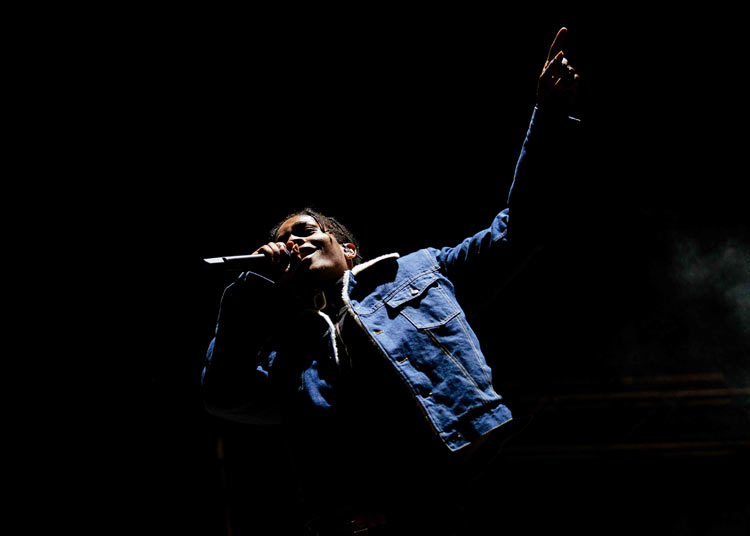 Is it a little easier for you to navigate and move around there as opposed to being in New York or LA?
No, it’s just less people know me so it’s more focus on what I’m there for.

So a little less pressure from the outside world—you can just do you. Are you heading back there soon or are you going to be in the States for a while?
I gotta head back there soon to record  my album.

And there isn’t a name for that project yet, right?
There is a name but I can’t tell it.

Talk to me a little bit about this acting stuff you’ve been doing. You’ve been taking—I wouldn’t say a break from music. You’ve just been working more than you have. That movie Dope that came out this year, everybody seemed to really like it. Is that something that’s going to be a little bit more of a focus for you moving forward?
Hell yeah, man. That shit—yo, acting is tight.  I just feel it’s so redundant, man. You’ve got to do the same thing over and over. You just gotta keep doing that shit over again and again.

Like waiting for everybody to get it right?
No, it’s just that the scripts are repetitive, like, if you do a line and you nail it you’ve got to do that same line eight more times and they’ll hopefully try to nail it.

Are you already working on another movie or are you still looking for the next one?
I’ve already done two movies.

Let’s talk a little bit about skateboarding. Growing up, was there any skateboarding culture around you? Did any of the older kids skate? Did any of your friends skate?
They actually did. My oldest brother, In Harlem, before we moved to the Bronx, I used to see him with skateboards. I don’t know if he was necessarily good, but he used to skate. Growing up in New York that’s all you see is skaters. They’ll skate from the Bronx, take the train all the way down to SOHO or Washington Square or something. All of these skaters used to go from the Bronx to some of these skateparks and shit. I remember niggas took rollerblading serious back then. Remember when niggas were rollerblading with, like, the baggy cargos and Jansport backpacks and shit? Now they say it’s only, like, feminine men rollerblade, right? Wait,  I might just offend the rollerblading community so that they’ll be, like, “Yo, fuck that nigga A$AP.”

Talk to me a little bit about Thrasher. I feel like you’ve kind of been hanging with us since the beginning.
I’ve been fucking with Thrasher. You got me fucked up. Nah, I’m fuckin with you. What I like about Thrasher is just that y’all still kept your respect in the skating community. Certain times motherfuckers become OG and then just go corporate and it’s just, like, alright, they’re OG so let them rock. You know what I’m saying. They go mainstream after they become OG. Some people might say that about Eminem right now, that his music is more pop, but that nigga still rap. You get him to step in the booth in the studio and he’ll be on it. And Thrasher niggas still with the shit. You go to a Thrasher show, you go to any convention and a fight might break out. Bitches are sucking dick. That’s the lifestyle. You feel what I’m saying? That’s what it’s all about.

If you could work with one of these people who would it be: Badu or Hill?
Ah, man. Damn, bro. How you gonna do that? Alright, I would marry Erykah Badu and this is not a joke. And Lauren Hill, she connected to me more as a rapper just because I think she’s one of the illest female MCs ever to do it. So yeah, it would probably be Lauren, but I heard she’s, like, off her rocker now but really it would have to be her.

Alright, 50 or Cam?
Oh, c’mon, bro. That’s an amazing, hard-ass difficult question. How you gonna ask me something like that when I’m high and  shit. Fuck, man, both. I need to work with both.

Best-case scenario on all of them. In their prime.
I would have to go with both; they both was idols.