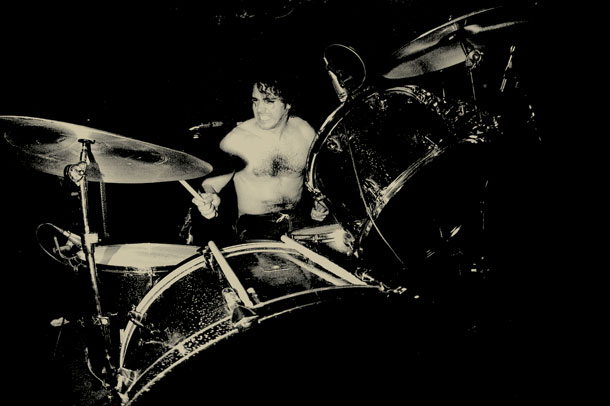 "The theme evolved into consciousness expansion, which sort of dealt with timelessness"

To find Black Cobra’s secret San Francisco lair, just follow the trail of fried amps and exploded heads—of both the tube and human varieties.  You’ll hear the savage riffery and merciless drum destruction from a ways off. “Gotta be at least five dudes inflicting this kind of massive stoner-metal damage,” you’ll tell yourself. Or maybe High On Fire swallowed some Clorox and went on a killing spree across The Bay. But then you’ll get there, and see that Black Cobra is just guitarist/vocalist Jason Landrian and drummer  Rafa Martinez, doing the work of at least twice as many men. Their third album, Chronomega, is yet another total motherfucker in an increasingly long line of total motherfuckers. Martinez breaks it down for us.

Why Chronomega?
Martinez: Originally, there was sort of a time concept that we were writing about. So that’s where the “chrono” part comes from. It was an inter-dimensional theme, like time-traveling. “Mega” amplified it, so we combined them. That’s what we started with, but the theme evolved into consciousness expansion, which sort of dealt with timelessness.

What inspired the time-traveling theme?
We’re really into science fiction and old horror movies—The Twilight Zone and things like that. I don’t know if you’d call them paranormal, but that stuff intrigues us, along with things like quantum theory, the idea of stretching the regular physics that we have into what you might call theoretical physics.

Jason once mentioned that most of the lyrics on previous Black Cobra albums don’t really mean anything. It sounds like that’s not the case anymore.
Before, we just kind of treated the voice as another instrument, the way the percussive aspect of it would tie in with the rest of the music. The way this album was written,  we gave ourselves six months to not tour,  not do anything, and just focus on writing.  So we did a little more research with our lyrics. This will be the first time we’ve actually printed lyrics in the album. People have written to us in the past asking for the lyrics, but we never gave them to ’em. I mean, we have a song in Spanish and only a couple of people picked up on it.

Why didn’t either of you put your names on the album?
They’ve never been on our albums. It’s just something we never saw anyone do. To us,  it’s like, who cares who did what? It’s funny, though—people thought there were four of us. Then they’d come see us live and be like, “What happened? Did you guys lose members on the road?” Then they’d hear us, and they’d realize that we sound like a full band anyway.

The point becomes the band, not the individuals involved.
Exactly. To us, it’s Black Cobra. It’s not about being a two-piece or a five-piece, or what guy was in what band before. When we started, Jason being from Cavity and me being from  16 and Acid King, we weren’t really trying to advertise it like that. It’s not like any of those bands were huge, but we just didn’t want to be prejudged or seen as trying to cling to these logs that we used to float on. 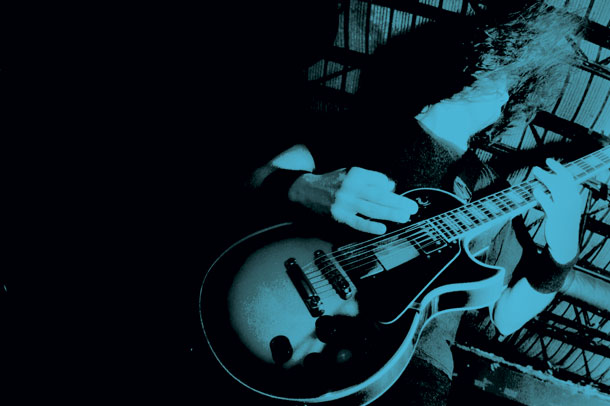 Are you still playing with Acid King?
No. I was doing it on and off for a while, but I stopped because I was so busy with
Black Cobra. We actually did a European tour where I played bass in Acid King and drums in Black Cobra. That was a lot of fun. It was cool switching instruments like that.

It’s kinda weird that you’re a bass player who plays in a band with no bass.
I’ve never thought about that! Being a bass player, that’s probably why we went to such trouble to make sure there was enough bass  in the guitar. We wanted to push some air.  We blew so many amps and heads and cabinets trying to find the right thing. We didn’t know that the frequencies of a guitar could mess up a bass amp, but it did. There’s one in Detroit right now in some guy’s garage because we completely killed it.

But you knew from the beginning that you didn’t want to have a bass player.
We wanted to do something different. We didn’t even think about how we were gonna do it live—or even if we were gonna do it live. We started the band for fun, and my drumming was very primitive at the time. Once the band started to grow, I enrolled for a semester at the Musicians Institute for PIT—Percussion Institute Of Technology—so I could get the rudiments down and study drums a bit more.

Are you annoyed by the rash of “Cobra” bands that have been cropping up lately? Sweet Cobra, Cobra Clutch, Cobra Starship…
We were surprised that there wasn’t already a band called Black Cobra. We’re touring with Sweet Cobra, and we’re a little concerned because we don’t want people to get confused about set times or whatever. But then again, there’re a lot of bands with “Black” in it, too, so we just have to accept it.

Did you name the band after the Danish gang?
No…there’s a gang called Black Cobra in Denmark? You’re kidding me. They’re active?

Yeah. A bunch of them were recently arrested in Sweden for extortion and drug trafficking.
That’s crazy. There’s a Belgian wrestler called Black Cobra, too. But we chose the name because there’s a movie called Black Cobra that Fred Williamson is in with that chick who used to do the softcore porn movies, Eva Grimaldi, and another one with Jack Palance, who was the worst Dracula ever. We didn’t actually name it after those movies, but we do like them. We picked the name because it’s a deadly animal, so it fits the music, but also because  it could be any kind of band, you know? With a name like Cannibal Corpse or Cattle Decapitation, you pretty much know what you’re getting.