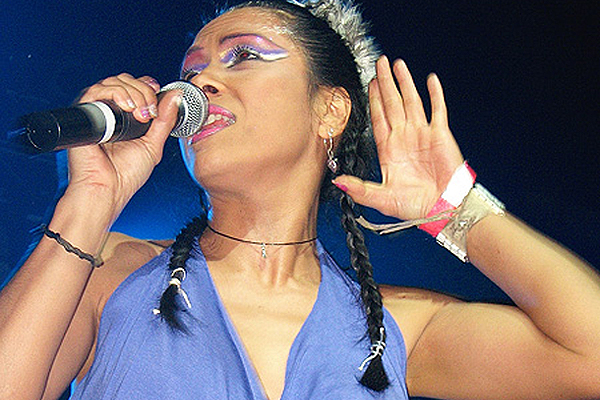 On a rainy Saturday night the wife and I drove to Hollyweird, CA, to meet and greet Leigh Gorman, former bass player from Adam and the Ants and now bandleader of Bow Wow Wow. Two hours before the show, Leigh sat down after a brief chat with his manager, who’d been bribed with some Thrasher goodies. They were stoked. Gorman was 18 when he got a call from Mr Ant, who was told by Knox of the Vibrators that he needed to see this kid play bass. Leigh auditioned and was hired on the spot, becoming an Ant along side Dave Barbarossa on drums and Matthew Ashman on guitar. He learned the whole Dirk Wears White Sox LP in one night, and earned 40 pounds a week salary to play music. Dream come true. Leigh explained how Malcolm McLaren, ex-Sex Pistols manager, secretly met with the three Ants and insisted they get rid of Adam, ’cause he was “too old”—at age 25. They practiced and jammed a lot as a band, recording hours worth of tapes and creating the sounds that became Ant music at Bernie Rhodes’ studios, where the Clash rehearsed. It was there that Malcolm turned them into dogs instead ants.

So how did you guys actually meet Malcolm McLaren?
He hired Adam to do a video for Dirk but Malcolm told us all that punk was dead. I should know; I made it up!

And you believed him?
When you’re just a kid and you know the track record the guy has, that pulls a lot of weight.

How did you come up with the slap bass sound that you use so much?
When I was a teenager I just listened to Stanley Clark, and when I joined the band Adam and Malcolm told me to come up with some new music, ’cause I was the “musician of the group”—even though I was in the band only a week at that point.

So where did the sound come from?
There was the 45 RPM called Burundi Black and the flipside was just Burundi. They made this magnificent primal drum music with chants to it; it reminded me of an army of ants’ feet going “ga-ga-ga-ga-ga.” So one day I tried to mimic that scratching sound on my bass, and when I did it, Adam said, “Do that again!” And I did it again, and then Adam said, "Hey, Matthew, can you do that on your drums?” Then we did it all together, and we all looked at each other and thought we have something here.

That's cool.
Then Malcolm heard us do that sound, and after he heard it, said, "Here is a cassette of some music. You learn this stuff combined with your beats I just heard, and then I will manage you. But you have to come up with an original sound and look.” 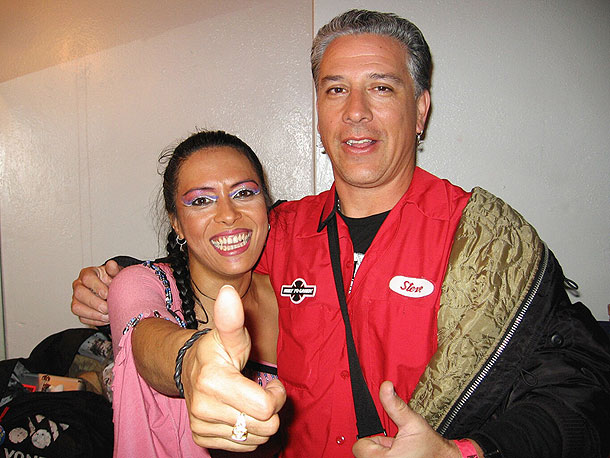 So what was on the tape?
Burundi Black, which Malcolm also found somewhere. Gary Glitter's “Hello Hello I’m Back Again,” Elvis's “Mystery Train,” belly dance music from Turkey and Egypt, Bobby Hall songs, “You've Got To Pick-A-Pocket or Two” from Oliver, just a whole bunch of weird stuff. But the African one really stuck. He really wanted us to think outside the box. But then he told Adam right there in front of us to fire the band, and then Adam told them to listen to this African thing we had been working on. Then Malcolm said we should do that stuff.

Then what happened?
Malcolm told us to get rid of Adam, but I felt bad, ’cause he hired me, not the band. I always was bummed on that one, but I guess it worked all out.

So you guys booted Adam, right?
Yeah, we did, but it was more Malcolm than anything. At the same time we had made all of these rehearsal tapes, which later became songs in both bands, and Adam took all the tapes. So McClaren said go steal them back, “Steve Jones would have.” He would always try to get you to do stuff by saying how so-and-so did it.

So no singer?
We auditioned singers like on American Idol. We did over 225 auditions from bikers, tattooed freaks, just every walk of life for like seven or eight months of going nowhere. Then one of Malcolm’s friends found Annabella, and the rest is history.

So why pirates?
It was just a different look at the time. Malcolm's gal Viv made a lot of the punk clothes for Let It Rock so she just continued her interest in fashion with us also. Plus we got Mohawks, too, for punk rock, plus the Indian thing was going too. Just anything tribal—African, Calypso Afro beats, American Indian.

I noticed the song titles reflect the attitude; “Uomo Sex Al Apache,” “Sexy Eiffel Towers,” “Radio G String.”
Yeah, we took some heat—but sex sells. We weren't your typical songwriters. We were musicians so we had to learn to write songs. Malcolm encouraged us and gave us great conceptual ideas, but we wrote our own music and the songs. So we did “C30, C60, C90, Go” then “Sun, Sea and Piracy,” then a little after “Radio G String.” Then it just took off.

I heard Annabella's mum was pissed after she did the cover after that famous French Monet painting.
Yeah. She was 14 at the time and we had to go round to her mum's flat to ask her to keep Annabella in the band.

So what made you guys get back together?
It was the KROQ show Inland Invasion that started it all again, since I live here in LAnow and Annabella does all well, and now we have Adrian from No Doubt sitting in with us when he isn’t