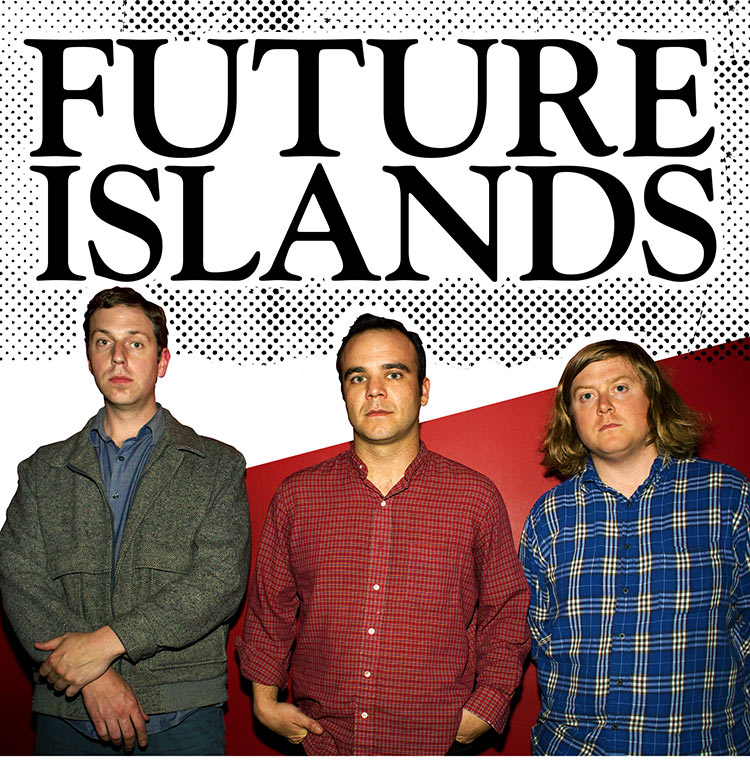 The ticket scalpers were nowhere to be seen. Whether you regard them as agents of supply/demand efficiency or unethical, price-gouging snakes, their absence was notable at a recent Future Islands show in San Francisco. Those hoping for a way inside the sold-out gig had to fend for themselves. They did this by simply shouting to everyone in the vicinity that they had a pocket full of cash they’d love to exchange for a ticket. The amounts offered were striking and reached into the hundreds (well, $200). Over and over, those holding tickets in line would pause to consider the generous offer, and then shake their head “No.”

The reputation of Future Islands as having a ripping live show had clearly preceded them and I’m guessing that few people who made it inside regretted not getting cash in hand instead. Frontman Sam Herring goes bananas on stage. His presence elicited shrieks from the ladies, some of whom would periodically reach out toward him. There was clear affection, but perhaps a touch of audience-participation pretense as well? It doesn't matter. This was just fans along for the ride as one of their favorite bands enjoy snowballing success. And as for those missing scalpers? They were almost certainly inside, rocking out to one of the great live acts in recent memory. Future Islands are, left to right: Gerrit Welmers (keyboards), Sam Herring (vocals), and William Cashing (bass). —Adam Creagan  /  Photos by Jordan Joseffer

Do you guys have a history with skating, yourselves?
Gerrit: I skated for a very long time but then I got older.

Injuries took you out?
Gerrit: No, music took me out. The last time I skated I destroyed my right leg.

Would you hit the streets or transition or both?
Gerrit: Street only.
Sam: Me and Gerrit grew up in Morehead City, NC. It was by Emerald Isle and there was a big surf and skate culture there. All my buddies surfed and skated. I skated and then I lost that edge where you just don’t give a fuck about injuries. My buddies skated, so I would hang with them. Watching 411 videos with my older brother and his friends—that’s how I learned about a lot of music, just watching skate videos.

Is there anyone in particular that you remember hearing in a skate video first?
Sam: Dr. Octagon. That’s one of the first things me and Gerrit connected on when we became friends. It was The Misfits and Dr. Octagon, those were the first two things. “Oh, you’re into that? That’s pretty cool.”

A lot of skaters were exposed to Future Islands when Austyn Gillette used “Tin Man” in his video part. What were your impressions of that?
Sam: It was really exciting. It’s what I was saying, with the old skate videos and that being a part of my early life. I was learning about music from my brother that he was bringing in from skate videos. And, to be a part of that culture now, and to think that kids are getting turned onto what we do through skateboarding is awesome. It feels special because it’s kind of a full circle.

I’ve been getting into your album Singles but in particular I’ve been binge-listening to the songs “Seasons” and “Back in the Tall Grass.” What’s a song or two that you guys never get sick of?
Sam: Pretty much any Morphine album. The slow jams at the end of Morphine albums—songs like “In Spite of Me” and “Gone for Good” are just heart-wrenching. They give me chills.
Gerrit: “Painkiller” by Judas Priest.
Will: “Angst in my Pants” by Sparks. Or that entire album. It doesn’t get old. Also a song by Phil Lynott from Thin Lizzy. One of his solo songs called “Old Town.” I’ve played the shit out of the song recently.

I’ve seen and heard more about Future Islands recently than the previous eight years combined. I’m sure your long-time fans are happy for you. But is it ever rational to fear that someone’s favorite band will get too big and change what was initially special about them?
Sam: I understand that. Especially in hip-hop, there’s a lot of great acts that their first album or two is the best thing they did because they were so hungry. Same thing with bands; when you’re a hungry artist, that’s when you create. A lot of it is trying to stay hungry when you’re successful. We’re not quite there to that level, but we’ve been living off our music for five years. We don’t have other jobs; we’re just able to stay on the road. I don’t want to think that we would change. It’s not really a fear of mine. I see us more as artists and musicians where we take pride in the craft of writing a song. We never think about, “Is this going to be a hit?” Once you start worrying about your audience, that’s when you compromise. You have to think about what’s honest to you and then it will get to the people.
Will: You talk about bands getting too big and then they change, well, we have changed. We’re not afraid of change. We’re open to things shifting. Maybe when artists are afraid of change, that’s when everything gets watered down.

Sam, you have a wide range of demanding ways in which you sing, often all within one song. After all these years of performing, do you have each of these singing styles completely locked down or do you sometimes belt out a lyric and it comes out nothing like you intended?
Sam: Yeah, the voice cracks once in awhile. Actually, I think the wide range of styles was found through the voice cracking. The early growl came through trying to hit a high note I couldn’t hit. Instead of going high it became that metal scream. I would never say that I’ve mastered a singing style because then what else is there to do? Never master a style; always be learning.

Just to switch it up, for fun I’m going throw in a curveball: Have any of you guys ever had a supernatural experience?
Gerrit: I got punched in the face by a ghost after pissing it off. We were at a place called Elsewhere and this girl said it was haunted and she took us on a ghost tour. We laughed and said this is the most ridiculous shit. And then she said “You have to leave now.” Later I went to sleep and the next morning I woke up to being punched in the nose and having blood squirt out.

The punch awoke you and there was no one around?
Gerrit: Yeah, no one was awake.

Any last words?
Will: A word of advice for young bands out there: don’t wait until you’re any good to get out of your garage or practice space. Start playing shows. It’s really the best way to learn and have fun. 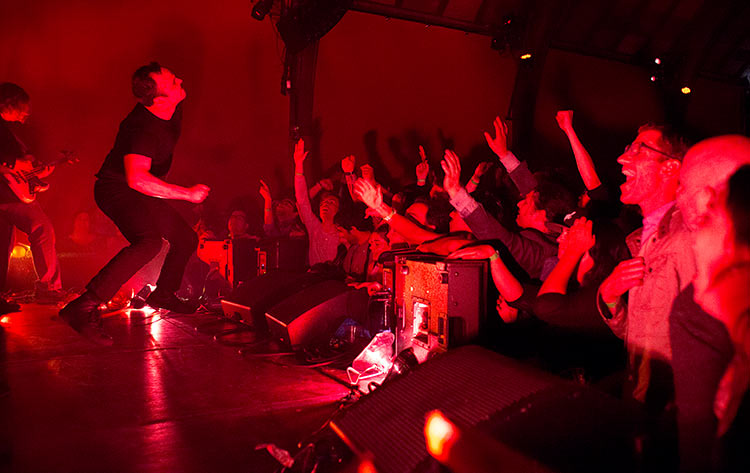 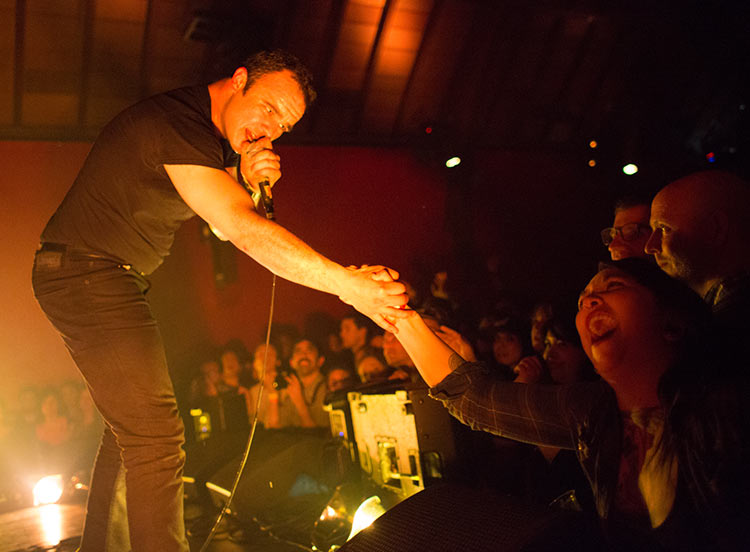