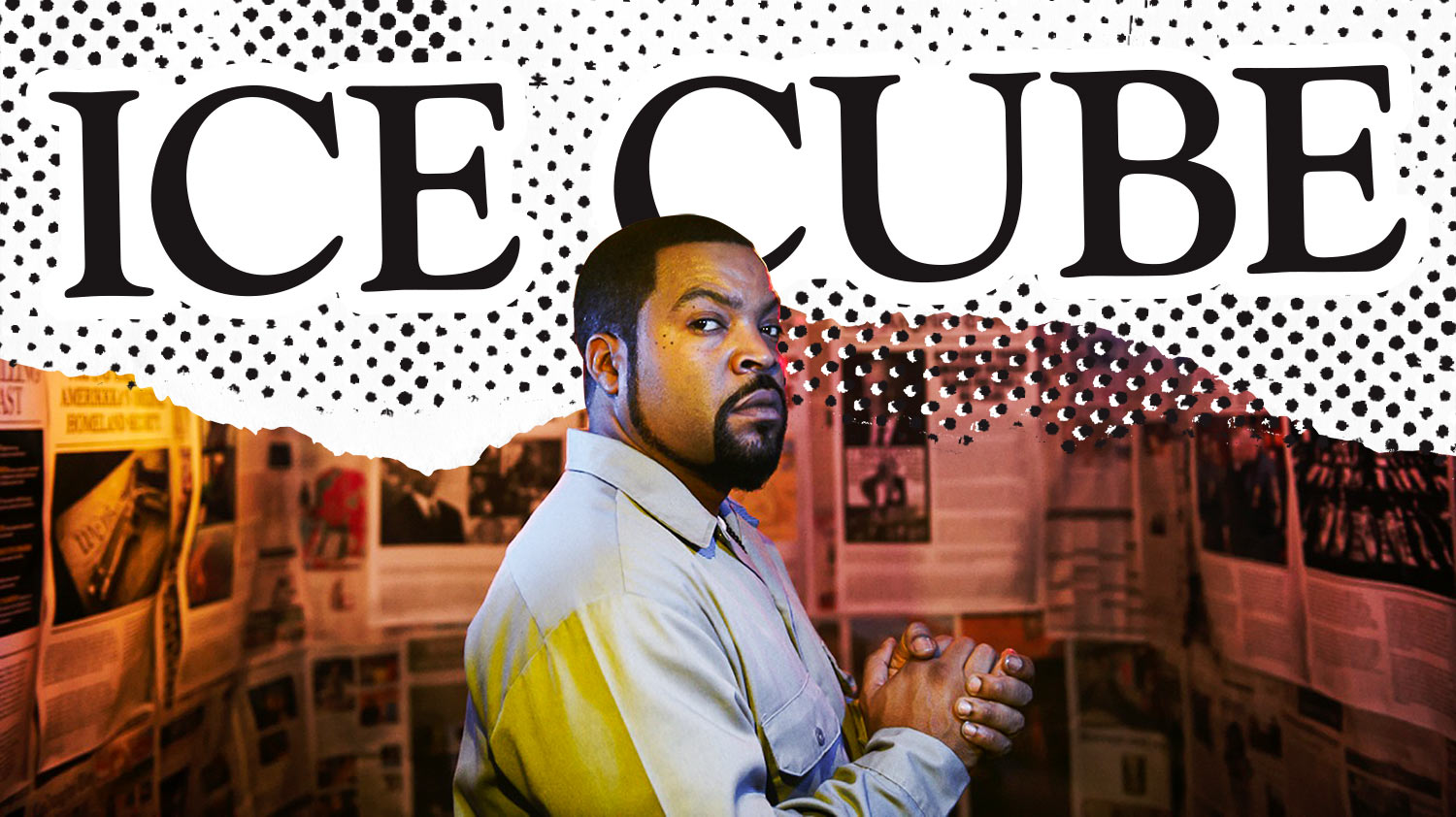 In the early ‘80s, O’Shea Jackson was just an average kid growing up in Compton, California, where he was often exposed to the seedy underbelly of Los Angeles. Gang violence was common and something that tore his community apart throughout his formative years. However, as soon as he linked up with Eazy-E, Dr. Dre, MC Ren and DJ Yella, he found a way to channel his frustrations into hip-hop music, essentially birthing the era of ‘90s gangsta rap thanks to his work in N.W.A. In 1987, the group signed with Ruthless Records (co-founded by Eazy-E) and released its debut album, Straight Outta Compton, in 1988. The album shattered any and all expectations, catapulting the group to international recognition with songs like “Fuck tha Police” and “Gangsta Gangsta” while simultaneously creating a wave of controversy. The impact they made on the youth demographic at the time was unparalleled and eventually cemented their status as rap legends, although it was not meant to last. Ice Cube left the group in 1989 to pursue a solo career. Little did he know that 26 years later, a movie about N.W.A would gross 60.2 million dollars in its opening weekend. In addition to managing his musical career, Ice Cube is clearly navigating his acting career like a boss, as well. He had some time to talk N.W.A, heading out on his own and, of all things Juggalos. —Kyle Eustice

Let’s go back to the N.W.A days: did you have any idea that what you were putting out at the time would be so groundbreaking?
By the time we got to the album, we definitely knew what we had, but before when we were doing singles like “Dope Man,” “8 Ball” and “Boyz-n-the-Hood,” we wasn’t really sure, but by the time we dropped the album, we knew.

Was there any doubt in your mind that you’d get airplay or were you pretty confident the world would embrace it for the brutal honesty you were portraying?
We were putting them out ourselves. Ruthless was putting it out independently and we were getting a lot of traction, so we felt like it was a record company that believed in us. We wasn’t really worried about fans being a part of it then, but we were worried about radio, exposure and making sure we did our videos in a way that could get played. It’s Compton and a lot of people didn’t want to play us. We were trying to make sure we were visible enough. We knew once people knew it was out it was going to be successful.

What were your first thoughts when you decided to leave N.W.A to start a solo career? Were you trepidatious at all?
We had all talked about solo projects. Eazy had his solo project and then it was going to be the N.W.A album, then eventually I would do a solo project, then MC Ren. It was in the mix. I don’t think it would have happened as fast if I wouldn’t have left the group. And yeah, I was nervous about leaving the group, but I did what I had to do. I had no other option. It was either stay and know you getting fucked out some money or leave and try to start a career from there. To be honest, I’d rather be broke than be in a major group and not be getting paid right.

You’ve influenced a lot of people in hip-hop and beyond. Is it pretty surreal?
It is. I never knew it would get to this point. You wish, you hope, but you don’t really know. You just keep on doing what you do and hope people stay down.

I’ve been down since ’89 so that’s cool. You did the King of the Mic tour a couple of years ago with De La Soul, Public Enemy, LL Cool J and other major acts. What made you decided to join the tour?
I had toured with some of these dudes back in ’88 and ’89, so I was looking forward to going back out with them. I don’t think there’s enough package deals that go out in hip-hop. You had Rock the Bells and Paid Dues, but as far as constant tours with a handful of  major artists, you don’t see that a lot. I was, like, yo, if I get a chance to jump on a tour with people I respect, I’m gonna do it. So when this opportunity came, I jumped up and said why not. We ripped it. Public Enemy is my all time favorite. Chuck D is my favorite rapper. I love seeing them perform any time. They are like The Grateful Dead in a way.

How was Flavor Flav?
He was still stage diving and shit. He’s still doing his thing. He has a lot of energy. It’s really cool.

What do you think of emcees that use a lot of guest appearances on their albums?
I’m a little dismissive of all the guests. Too many people make albums feel like compilations when it’s all said and done.

Is it cool watching your son O’Shea kind of follow in your footsteps?
Yeah, it’s cool to have him with me and have him be a part of this in any type of way. It’s really on them if they want to be a part of it. I let them go at their own pace. They still having fun with hip-hop. That’s the most important thing is to have fun with it first then try to make money. If you’re just worried about money, music is going to give you more heartache than joy. You know what I’m saying? With joy and the right attitude, and if you love hip-hop, rap and creativity of it, it will amount to gravy and you won’t sweat the small shit.

Is it true you played with the Insane Clown Posse at the 2009 Gathering of the Juggalos in Detroit?
Yup. It’s just fun. It’s crazy Children of the Corn kind of shit. We had fun with it, man. The dudes from ICP are real cool. It’s nothing but love when we go. Detroit was the first city we literally got chased off the stage by the police, so there’s lot of history there.

What happened exactly?
We wasn’t supposed to perform “Fuck tha Police” on the tour. That was the stipulation the promoters put on us. We were tired of the promoters by this time. We were mad they were putting us on second at this big concert. I forget who was headlining. Our music was hotter than everybody on that tour, though, at this point.  So we were, like, we’re going to “Fuck tha Police” tonight. It was a pact between me, Dre and Ren. Eazy didn’t know nothing about it. We just started doing the song and the police rushed us and people were throwing cherry bombs on stage. It was kind of crazy. We ran out the building. We tried to rush to the hotel and they ended up detaining us when we got there. Once they detained us, they asked for autographs.

Check out Ice Cube's video for "It Was A Good Day"