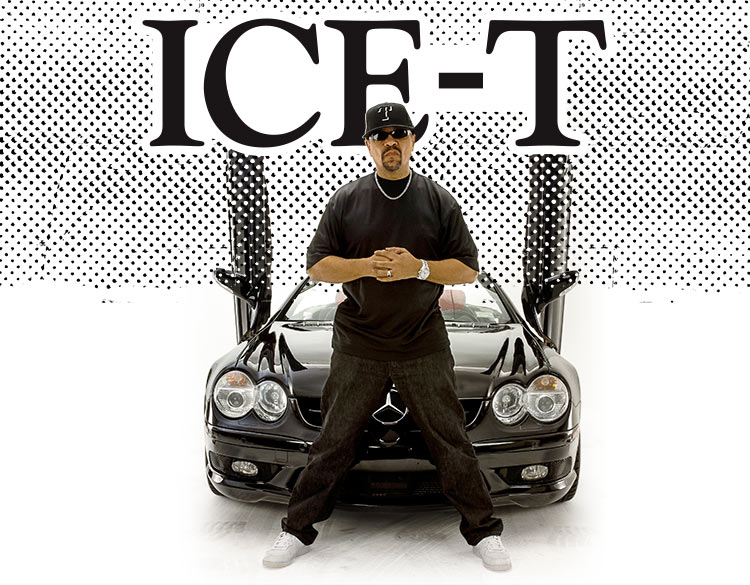 Ice-T truly lives up to his name. Cool, calm and collected, the legendary bi-coastal emcee and actor carries an air of inimitable swagger that’s impossible to deny. After catapulting to international recognition with 1987’s Rhyme Pays, the first album to carry an explicit content warning sticker, he released seven more solo albums, including 1988’s groundbreaking Power and 1991’s O.G. Original Gangster. He went on to tackle his rock-rap Body Count project, a breakthrough acting role as Detective Scotty Appleton in New Jack City, the Analog Brothers with Kool Keith and co-directing the 2012 hip-hop documentary, Something From Nothing: The Art of Rap, which is really the tip of the iceberg in terms of accomplishments. As Ice-T sits upon his impenetrable throne of hip-hop royalty, he had some time to discuss the Art of Rap tour, his relationship with New York and pimping to eat. —Kyle Eustice

New Jack City just celebrated its 25th anniversary and you were in New York City during the Art of Rap tour. Was that special to you now that there was this big milestone with New Jack City?
No, not at all. I’ve got so many records out, I’m having an anniversary every year for some shit. Art of Rap tour is big. It was birthed by the film. Of course, after you’re in films long enough, you’re going to want to make one or two. I went off and did a documentary about what hip-hop meant to us, and the craft versus the beef, cars, money and all the bullshit. It was a huge success; won a lot of awards at Sundance and people dug it. We couldn’t let that die so we thought we should take it out on the road, and show some of the, like LL [Cool J] says, “some of the golden-age artists” and give them a platform to perform. There is an adult hip-hop audience. Yeah, Drake and everybody are hot now, but there are still people that miss EPMD and want to see Mobb Deep and MC Lyte.

There’s a whole generation aching for that, so I think you’re filling a really big void.
That’s what we did. We went out the first year and did two big shows. You have to build. It takes a lot of money to get this show on the road. You have to prove the brand of Art of Rap is the shit, so maybe next year we’ll go out and let KRS-One be the headliner.

What’s your relationship to New York like?
I love New York. I was born in Newark, New Jersey. Then I kicked up all my dust and made my name in LA. What brought me back out east was Law & Order, but I’m a different breed of cat. Like the true players say, “We play the whole bubble,” meaning the whole Earth. From the pineapple to The Big Apple to the snowflakes to the earthquakes, you dig? I never really locked myself in to being a West Coast cat. When I got money and I was able to travel, I was representing the United States. I got people in Atlanta, up in the Bay Area, I dig it all, you know. The only reason you’re locked into certain places is because of a lack of money.

Analog Brothers is having a resurgence. Why after all this time?
I have fucking no idea! Pimp and Rex own the project. Did you know Pimp and Rex are the singers on “I’m Your Pusher?”

I didn’t know that, actually.
Rex has been my friend for years, so Rex has always been a dancer and player and an all around dope individual. When we made “I’m Your Pusher,” we actually made that song in Evil E’s garage with a 14-track machine and mic booth in a closet. I told Rex to go in the booth and sound like Curtis Mayfield and he sung that shit and it sounded like Curtis Mayfield. He blew that shit. Okay, he did that for free, ‘cause it wasn’t like he was in session. He was my player buddy that just happened to be in the room. I may have given him five K or ten K eventually, but there was no royalties to that.

What was the response to the album?
When the record came out, it was a big hit. Long story short, Rex became friends with me, Kool Keith, Marc Live, who is Kool Keith’s cousin and has been on a lot of records with him. Silver was part of that whole crew out in LA. Rex said he wanted to do an album called Analog Brothers paying homage to analog equipment. We want to do everything digital and everyone’s going to have an analog name. I was Ice Oscillator, then we had Rex Roland, Keith Korg—we all came up with these names. I had the studio in my house, so Rex came in and made all the tracks and music. He needed to get to Keith’s level, ‘cause Keith had that Octagon style, which everybody loved. It was more like Keith was going to be the bunny and set the tone, and you motherfuckers try to catch up. It’s, like, I could try to rap like Kool Keith, but Keith is really insane, so that’s just how his brain tumbles out ideas.

Was it difficult to organize?
We got into that mode of the music and shit, and we knew it was meant to be odd and abstract. We rocked it. Every day I’d come home, they’d have tracks up and be, like, “Okay, Ice, you have 16 bars on this one. This track you’re going to open. You’re not on this track,” whatever. We were, like, “Cool.” It was done like making a sandwich. The track was the bread and they figured out who was going to be on which track like lettuce and tomatoes. It was interesting. It was assembled like that. I would come down and they would have “Mo Freaks” up and they’d be, like, “You start it.” “Ice T Oscillator/Nextell/Motorola/sky pager/club gager/pimp your bitch out major/pager/while you’re gutted, I’m flooded/Ice is parlayed out”—just talking shit. They’d be, like, “Okay, Ice, you’re good,” and someone else would try to catch that rhyme. When you got really good rappers in there, you’re not competitive, but everyone brings up everybody’s style.

It raises the bar.
Oh yeah. There’s been times when someone else came and just dusted the track. I gotta do my shit over. There’s a legendary beef behind that with Cannabis and LL Cool J. They did a track together and LL wrote his shit and Cannabis rapped, and LL went back and re-rapped, and Cannabis took it personal. He was, like, “Oh, you waited until I did my shit then went back and redid yours.” It gets competitive if you’re not really close friends. For the Analog Brothers album cover, we went to do this photo shoot and there was this supermarket and the cameraman was, like, “Let’s roll up in the supermarket.” So we decided to act like we just boosted food and that’s where the album title Pimp to Eat came from because that’s the most basic form of pimping—pimping to eat. Just hungry.

That’s funny.
Most of the projects I do have a degree of humor in it. Whether it’s Body Count, Ice-T or Analog Brothers, it’s a dark humor, but I think most people are funny. We spend a lot of time laughing. It always bugs me out when people get offended about shit and we laughing about it.