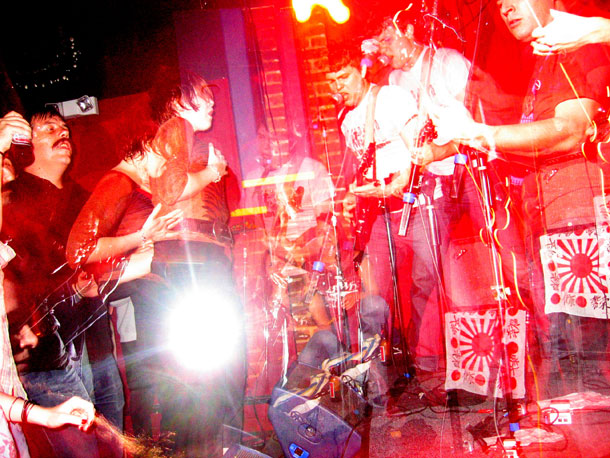 This interview originally appeared in the May 2007 issue of Thrasher. On January 13th, 2010 Jay was found dead at his Memphis home.

Still only in his mid-20's, Memphian Jay Reatard has already amassed a prodigious body of work—with enough albums and side projects under his belt to make even Billy Childish proud. Jay gained notoriety (on a very small level—this is punk rock, kids) in the late 1990s for his work with the Reatards, recording albums for less than 20 dollars and playing shows drunker than Peter Laughner. Jay’s best-known band was the synth-punk, Screamers-influenced Lost Sounds, which broke up in 2005. His latest effort, Blood Visions, is credited to just himself, and is undoubtedly the best work he’s done so far (influences include early Roxy Music and the Adverts), receiving my vote for best album of 2006. Blood Visions is refreshing in that it’s unique, sounding directly like no album cut before it, either by Jay or another band. —Ryan Leach

I was looking at the recording date for Blood Visions. You recorded it just after the Lost Sounds ended.
Actually, I recorded the entire thing while Lost Sounds was still a band. I recorded it at the band’s studio that we had together, collectively. Later, when they found out that I was working on a solo record, someone took it. I couldn’t get it off of the machine and I wasn’t granted access to it. So I had to  re-record the whole thing. So there’s  actually another entirely different version  of the record out there.

Sounds like it got pretty ugly.
Yeah, it is weird. But I did it better the second time. So sometimes someone trying to screw you over can push you to do something better.

I caught you on the last Lost Sounds tour. You played the Scene In Glendale. How was that last tour?
As far as attendance, it was our best tour. As far as having fun, it was the worst tour I have ever been on. It was good. It kind of reassured the fact that I felt like it was coming to an end. I liked playing in the band, I liked playing every night, but 23 hours of arguing for one hour of getting along isn’t a very good ratio for a group.

My friend Mike Plante interviewed you, and one thing you said was that you take pride in doing things in a vacuum.
Yeah.

It seems like you’ve been doing your own thing in your room, going back to recording stuff on four-track recorders with the Reatards. Talk a little about that. Do you still pride yourself on figuring things out yourself?
Yeah, I try not to listen to too much music. I try to not listen to what’s cool: indie fucking music. I just do what I want to do when I want to do it. I do my best to have access to a recording device, so when I get an idea at four in the morning I can record it rather than booking a studio two months later. I just try to create that way. It works against me and for me, I guess.

But then even if you do try to make something for mass appeal—the proverbial example from your town is Big Star. And they ended up just dying, crashing cars, becoming alcoholics really bad.
Yeah. They were kind of cursed. 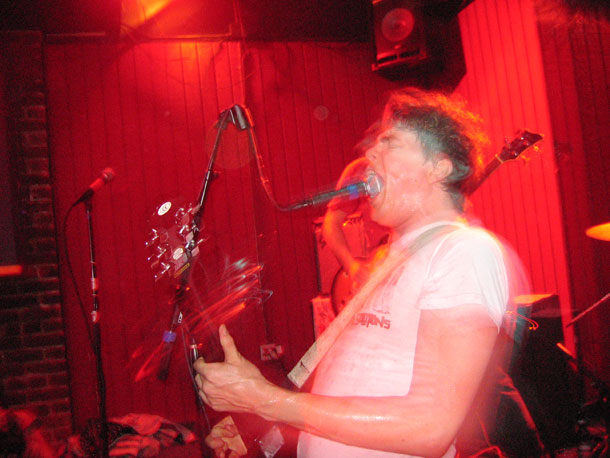 With the new record, I thought, “Holy shit! This sounds like Eno.” And I hadn’t listened to the Adverts in four or five years, but it reminded me a lot of them too. It was refreshing because, like you were saying, you don’t listen to too much, and it was like two people hitting on the same idea, yet it sounds different.
I had never listened to the Adverts. I  would always see them in people’s punk collection, and think, “Okay, this looks like bad UK punk.” It’s funny; I don’t even tend to like much punk from the UK at all.  And people go, “Oh! It sounds like ’70s UK punk, but the good stuff.” And I’m like, “I don’t even know much good stuff.” I’ve never liked it. I’ve tended to always like domestic rock more than a foreign interpretation on it, so it’s kind of weird. Wire is pretty much the only UK band I’ve listened to consistently.

On that note, when I interviewed David Thomas from Pere Ubu, he said, “The most mediocre band from Wisconsin is going to sound better than the best garage rock band from Europe.” That’s true to a certain extent. I always thought Wire and LiLiput were the best bands from Europe and Scandinavia. They were so unique. Wire just sounded like a bunch of guys who didn’t like anyone. Their songs, especially off of Chairs Missing, are like, “We hate you. We’re going to make songs that you really hate.” And they’re really good songs! They weren’t trying to please anyone.
Wire’s definitely conceptually closer to what I want to do in music now. It’s more like focused anger rather than belligerent, wild, “I hate everything.” I’m trying to focus it a bit more, be more subtle. Not just a bunch of screaming and stuff.

On Blood Visions you play all the instruments. Were you looking for other people or did you really want to bang that one out yourself?
I didn’t want to play with a drummer.  I didn’t want to take the time to teach anybody the songs. I figured that if I already know them, there’s absolutely no reason for me to waste a bunch of time trying to teach them to somebody. Now that I’ve had them recorded, there’s been this bunch of kids in town who’ve gotten really good, and I asked them if they would learn my songs and when I need them to be my backup band. To me that is so much easier than the band dynamic, at least for me right now. I don’t want to get in a band that’s a gigantic love triangle—with four different dudes who are just like your girlfriend, basically. I don’t want to have that kind of relationship with people right now. I had to compromise.

Hey, it seems like it worked for Chuck Berry for 50 years.
I definitely think so. From a creative standpoint and from a financial standpoint, it makes a lot more sense to me right now.
© 1981–2020 High Speed Productions, Inc.