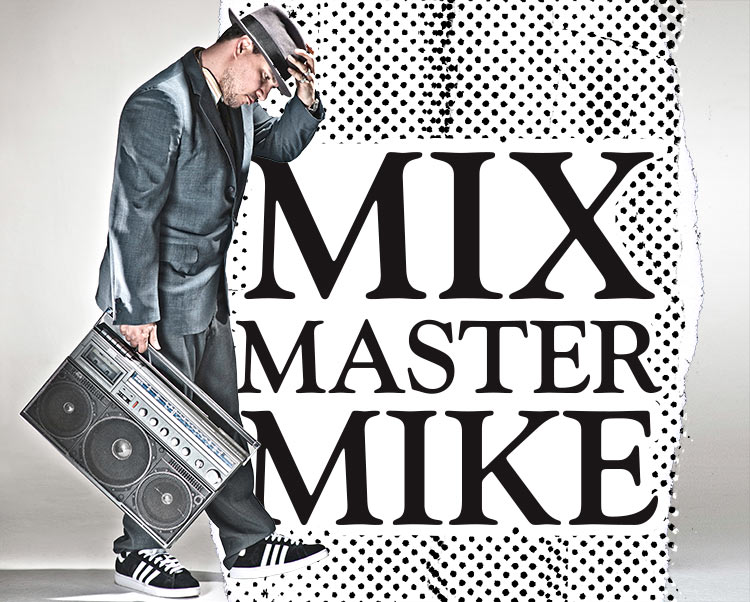 It goes without saying, Mix Master Mike is one of the best turntablists to ever do it. As a founding member of the Rock Steady DJs and later, the Invisibl Skratch Piklz crew, the San Francisco native quickly became a highly revered turntablist within the hip-hop community. When he linked up with the Beastie Boys in 1997, however, his career catapulted to unimaginable heights. Emcees Ad-Rock, MCA and Mike D had found a DJ who could not only back up their live shows, but could also cut it up like only a DMC World Champion can. While simultaneously crafting his own solo career, Mike continued touring with the Beastie Boys until MCA’s untimely death in 2012. Since then, he’s been putting out solo album after solo album, culminating with 2016’s Magma Chamber. Despite his crazy schedule, Mix Master Mike had some time to discuss groupies, memorable shenanigans with MCA and manifesting your destiny. —Kyle Eustice

Do you have any good skateboarding stories?
Of course I do. All the greatest skateboarders in the world are kind of like my good friends. Every year, we all get together—me, Andy Macdonald, Bucky Lasek, Tony Hawk—we come together every year in San Diego and do this thing called Clash at Claremont. It’s basically to raise money for cancer patients who can’t afford to pay their bills.

Did you skate when you were younger?
Music has always been my thing. All my friends around me were skaters. For me, that wasn’t the thing for me. It was music.

Music and skateboarding definitely go hand in hand. I think a lot of skateboarders found out about different music from skate videos.
For sure. I’m actually doing music for skate videos these days. Andy Macdonald just put out a video of greatest hits and I helped him out with the music. Like you said, it does go hand in hand. It’s a culture, especially with hip-hop and punk. All of the music I play and compose has the ability to become the soundtrack to skating.

We have to talk a little bit about the Beastie Boys. Do you have any good stories from touring with those guys? They seem like they might be kinda fun.
Ha! A little bit. Those guys are like my brothers. Yauch was heavily into skateboard culture—skateboarding and snowboarding— so was Mike Diamond. They were totally into skating. There were some stories where Mike D actually injured himself before a tour. He was skating or biking, something, and had to cancel a tour because he got hurt.

Was that on the Hello Nasty tour?
No, we were actually supposed to go on tour with Rage Against the Machine and my partner got hurt.

Ouch. When I met them during the 1992 Check Your Head tour, they were riding around on skateboards. That’s all we talked about, actually.
When we were on tour, we had a tour bus dedicated to all the stuff we brought—basketball hoops, skateboards, all that stuff. When you’re on tour, there’s a lot of time to kill.

So you had to travel in style?
Well, sometimes I wouldn’t approve of what they wanted to do. Like the guys would want to go to the venue really, really early when I could be chillin’ in my bathrobe at the hotel. But whether it be playing hoops or skateboarding, that’s what we’d be doing backstage.

That’s interesting you say that because I remember they were there at five o’clock. I was sent there with a poster in hand to get signed and they were there.
That’s awesome. You’d definitely catch us there super early. I would be practicing backstage while the openers were performing. I’d be back there scratching it up. I would be behind the curtains if I wasn’t playing basketball or hanging out with the guys. I have a crazy story: we were at the United Center in Chicago, and me and Yauch stole one of the trams for the security to drive in. We ended up moshing around the arena, just going haywire. We actually got busted by head of security. I actually got it on film. He was, like, “You’re not supposed to be on here.” I remember Yauch saying, “But didn’t Michael Jordan used to run around on one of these?” He said, “Yeah, but you guys aren’t Michael Jordan.” It was kind of funny. We always needed to find things to entertain us.

Sounds like it. Did things kind of calm down as time went on?
The thing is Yauch was really into his art and music. He wasn’t really checking for who was out there or who was checking him out. We wanted to make sure we put on a good performance for people. We were totally focused.

I would think after so many years, groupies would get old.
There are a lot of artists who are in the business for the wrong reasons.

So they were more like Beastie Men at this point.

At some point you have to grow up, unfortunately. I’ve been married for 17 years. Me and my wife have built our own empire. She manages me and a bunch of singers. It’s a beautiful thing. 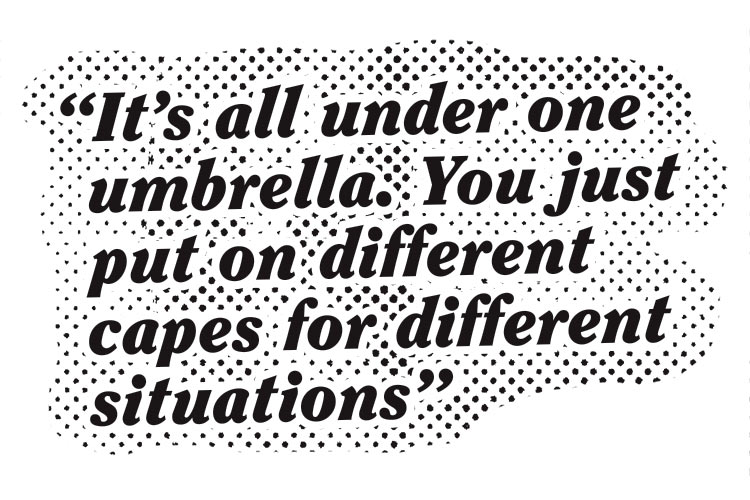 Fast-forward to today and you just released Magma Chamber, your eighth solo album. What’s it like being without those guys?
Before I hooked up with those guys, I was alone. That was my thing. I was putting albums out on my own before I hooked up with the Beastie Boys. It was something I was always juggling when I was with them. When I was on tour with the guys, after we would finish our arena tour,  I would have an after show in the same city. I’d bounce from Mix Master Mike to Mix Master Mike of the Beastie Boys and back. It’s all under one umbrella. You just put on different capes for different situations. For me, touring with the Beastie Boys opened the flood gates for my solo career to really expand, which was awesome.

What was it like being on this huge platform? I mean, the Beastie Boys were on a whole other level in terms of fame.
It was incredibly weird and just something, I don’t know how to describe it. When you grow up and you admire a certain band, and you’re thinking almost every day that you should be in that band then all of sudden it actually happens, it’s, like, “Oh shit. My power of intention is really strong. How can I make this happen in other areas of my life?” It was inspiring in all kinds of forms.

We talked a little bit about that in Denver—how you manifested that on your own. What year was that when you were calling up MCA, scratching on his phone and leaving him all of these voicemails?
That was the beginning of ’97. I was up all wee hours of the night making records and practicing. I remember Yauch gave me his phone number at the Rock Steady anniversary in ’96 and, well, I used that number.

Yeah, you did.
I said, “I’m going to call this mofo right now and leave some messages on his answering machine.” Those transmissions were the ones that got through.

They were heard loud and clear.
Yeah. It’s funny because before the album came out, I didn’t know they were going to put the actual message before the song [“Three MCs and One DJ” off 1998’s Hello Nasty] until I got the physical copy. I popped it in and was listening to it and was, like, “Oh shit! He actually used those messages.” There were four  different ones. It was crazy. People still ask me if that was a real message. It was awesome they used them.

I remember those. I was wondering if they were real.
Yes. That was actually a 4am call.

After accomplishing so much, what’s next?
I’m working on a new record called Plazma Ryfle. If you think Magma Chamber is crazy, just wait until you hear this one. I’m working on it right now. It’s really exciting.