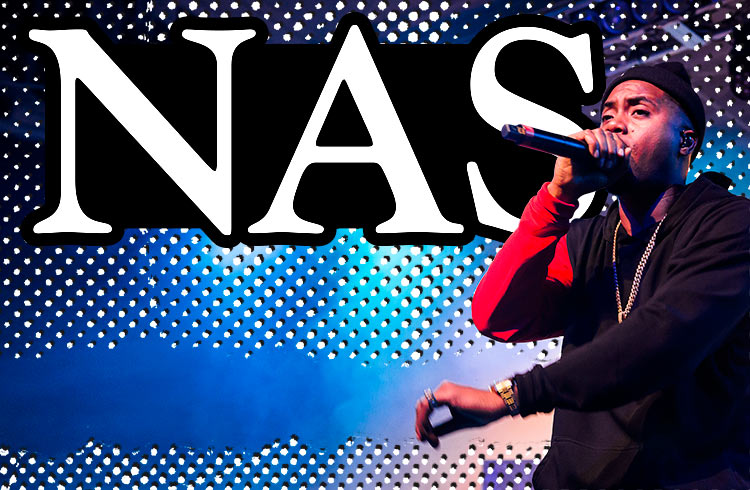 The first time I heard Illmatic it had the same effect on me as the first time I heard Black Sabbath’s Paranoid. It’s just one of those flawless albums from start to finish that will stand the test of time. Aside from writing one of the greatest hip-hop albums and many others, Nas has been involved with many charities, giving back to communities all over. Needless to say he’s fighting the good fight. It seems fitting that he named his new clothing line HSTRY to add to his legacy. Vans celebrated their 50th anniversary by having the Queens native play at their warehouse in Brooklyn. He took  the time to talk a little bit about his new projects and the New York state of mind.  —Jordan Joseffer

Tell us about your clothing brand HSTRY and how it came about?
I kept thinking I wanted to launch a clothing brand but kept putting it off. Until one day I finally said, “It’s now or never.”

How did you get into designing apparel?
I started around the fifth grade for fun, on my own.

Your music has been the soundtrack to an era of skateboarding. What do you think about skateboarding?
Skating reminds me of my youth. It was all around me in NYC. Skaters exist in their own galaxy. They have their own rules and they live on the dangerous side—I like that.

They went all out for their 50th anniversary and you headlined their party in Brooklyn. I know everyone who attended had a great time. How was it for you?
Great time, great crowd and food! Met the guys who run the brand and that was cool. Very proud of them and wish them success was for another 50 years and beyond.

You set out to create the perfect album with Illmatic and you did. How confident were you when you left the studio that you achieved your goal?
Yes, I did believe I achieved that goal but I was wondering if it was not enough songs. I guess that bothered me a little bit in the beginning but it ended up making sense.

You’ve said that in “The Genesis” you’re getting called up to save rap from where it was going. Now that Illmatic has been out 22 years, where do you think rap is today?
Over 20 years later, rap has so many more fans than it used to have, so many more interesting fans. It’s a little all over the place and sometimes it feels like there’s too much rap out there. But I guess it’s all for the greater good of the genre in the end.

You sampled “In-A-Gadda-Da-Vida” for “Hip-Hop Is Dead.” Are you a big rock ‘n’ roll fan or was using that song a way of showing that hip-hop is dead?
Yeah, growing up in the ‘80s, rock was everywhere. I still like ‘80s rock. I can listen to Pink Floyd, Guns N’ Roses and a lot of ‘80s pop was really great. I always loved Kiss’ marketing and merchandising. Rock groups like them and Queen—they lent a lot to hip-hop. “Hip-Hop Is Dead” is something that needed to be said.

What do you think it is about New York that inspires so many great musicians?
Just watch the movie Gangs of New York. Scorsese did a great job. The history of New York was always the mecca for business in the Western world. The invention of style, fashion, food, art, a lot of what we see now all over the world comes from New York, and musicians absorb that energy.

With all the crazy shit going on in the world it seems like there’s plenty of stuff to write about. Are you working on new music?
I am working on new music. While there is a lot going on in the world right now, the ‘50s, ‘60s, even ‘20s were a scarier time than now. Man is a mysterious thing. Today, I question how far has man come from beast. Maybe that’s the title for this new record I’m working on, Man and Beast. Ha!