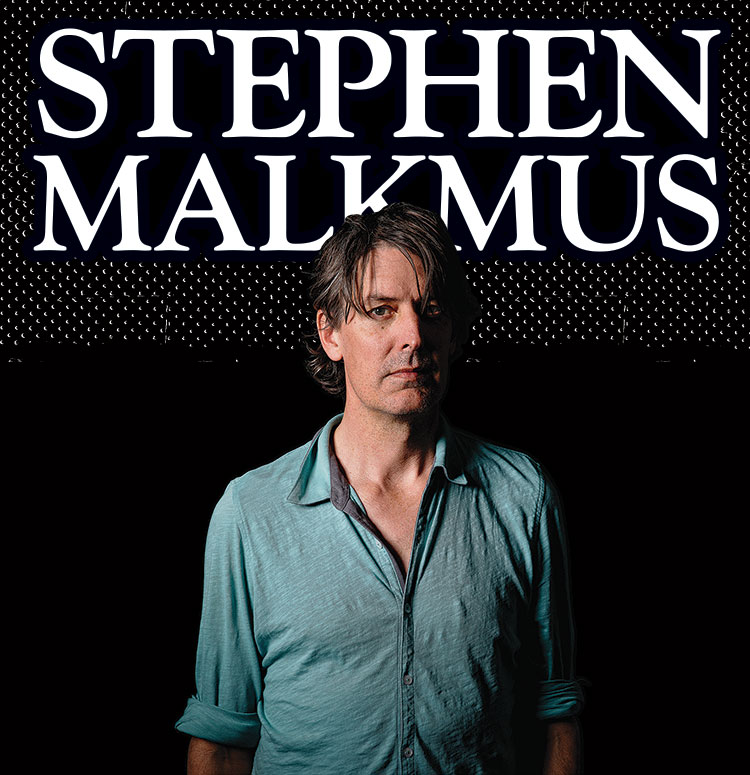 For ’90s skaters, Stephen Malkmus’ music was always playing in so many different crowds. His music was always a common bond between people from all walks of life and still is today. His new record, Sparkle Hard, really reflects that, being so perfectly put together with amazing layers of sounds. It was great to sit down and talk about the many layers of life and music with Stephen Malkmus. —Atiba Jefferson

I listened to the new record. It’s awesome. How was the recording process?
My friend Chris has been managing the studio part of this kind of fun factory in Portland that Sandy Bodecker built. I was reading about him and I found out about how he was really instrumental in bringing action sports to Nike.

So, besides a studio, what else is part of this fun factory?
There’s a very steep pool. I don’t drop in; I start in the bottom, you know. I’m 52 and haven’t done it in awhile. The studio is top notch.

Did you see any pros there?
I don’t know their names. They were a part of a crew. I just saw long hair and air and I smelled weed. So people come in, they get really aggressively radical on that thing and we watched it for a while. That’s what he wants: the guy wants for people to come in there and have pizza and beer. It’s sort of a Thrasher magazine dream come true, I think in a certain way.

Was there a different type of energy being at Sandy’s place, with having skating and fun stuff around a studio?
This studio is on the west side of Portland and it felt exotic, like it was in another town almost. So it felt great. Not only because the building was super sweet and bizarre and has this skateable pool right next to it, but you can record the drums in there and get a weird, echo-y sound. But also, you know, that it was in this area where you’re going to maybe get something cooler if you go somewhere else, which is way easier to do without actually having to leave my family.

So let’s talk about a little your history with skating. Did you ever skate?
Yes, of course. I started skating in 1977 and I can tell because I remember I had a Poweflex 10” by 30” board and you put clear griptape halfway through and put a record cover under there. I had a Devo Duty Now for the Future, one of my friends had Aerosmith, another had The Cars. So I can remember the years and we thought we were into new wave and punk, but obviously, like, Aerosmith was okay to us or there were some heavy metal bands that you could have under your clear griptape and still be cool. I would go to the skateboard park. I was reading about Cherry Hill and these dream places on the East Coast and places probably down here, too, in the magazines. We had a skatepark called Inland Surf. It was in Sacramento and I remember I was not advanced. I always got the intermediate tag and I just remember going down snake runs that weren’t that hard. So I never made it to even dropping into a halfpipe. My band, we had a halfpipe at our rehearsal space and there were some skaters in my group, but I never got up the guts to do that. So I was just an intermediate skater and a fan of all the ephemera and hanging around other skaters who were very good, you know. There were skateparks in my town, Stockton. I noticed that Thrasher is into the history. It almost surprises me sometimes how much reverence there is for old-school guys in these magazines. Because when we read them, it was 15-year-old skaters being featured: Steve Caballero, Tony Alva and Stacy Peralta. I’m a couple years after those guys, and now I notice the magazines still cover old guys who are like survivors. I assume skating is still big. I just know from the amount of skateshops in Portland and teenagers that are skating and there are a lot of them. So I think that’s awesome. I’m impressed that it is still vital. I was into punk and skateboarding basically went along with punk rock. And still does, but you know, it was really just one thing.

Are you aware of your music being in skate videos?
I like when the music is in. I think it’s cool and I feel like I need a few more beats per minute in some of our songs to really make it. I feel bad that I haven’t kept up with skating—to be honest—since my adolescent years. I have a Real skateboard. I rode it all the way to an NCAA playoff game at the basketball arena. That was a minor achievement of mine. It was, like, four miles.

So you still push?
Yeah, in town. I am a practical pusher. I do it if I want to get somewhere faster. Yeah, just on cracked sidewalks with soft wheels, you know, that’s all I do. I don’t try any moves.