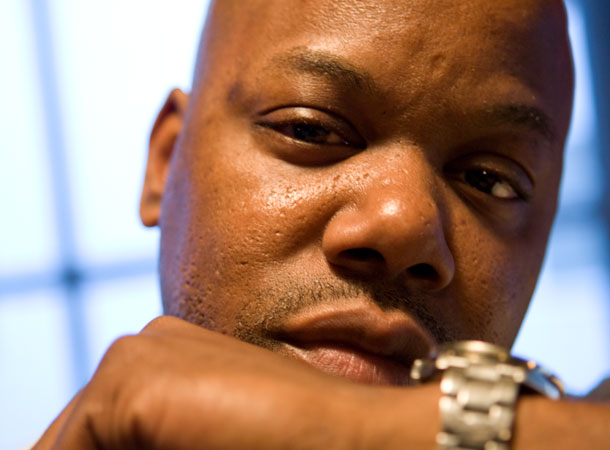 "I don’t think selling tapes out of the trunk is a lost art..."

“I remember how it all began; I used to sing dirty raps to my East Side fans…” With a gift for rhymes and blessed with unbridled ambition, Todd Shaw, aka Too $hort, put Oaktown on the hip-hop map more than two decades ago. We checked in with the game spittin’ master before his killer set at Silas’ SOTY party, and he let loose on why live musicians are key,  how to apply the art of pimping to the rap game, and why the Bay Area  still reigns supreme.

You’re on album number 13. How do you maintain your motivation?
Technically it’ll be the 18th studio album that I did. Technically. But I did 14 albums with
Jive Records, and this is the first time I’ve been like a free agent without being signed to a major label in about 20 years. And right now that’s really my motivation. I’ve done this for so long, and I know exactly what the ins and outs are of making music, so I’m just excited to be independent and be able to put out a Too $hort album on my own, something that I haven’t done in 20 years. I wish that I could have gotten to this point a little sooner, broken away from major labels and ushered this whole digital era in on my own. But I got a good grasp now as far as making the transition from being an artist who is on a major label—doing what Lil’ Wayne does, trying to sell as many copies as you can in the first week and the whole hustle and bustle—versus having a really popular name and just putting it out there for the fans. It might sell 50,000 to 100,000 copies, but it will be much more profitable than if I was gold or platinum on Jive Records.

Is this going to change the way you approach making the actual song itself?
Fortunately, it isn’t going to affect me because I’ve never made songs just for radio or just for video. I just made music. You try to make hit records, you try to make records that you hope would get some radio play or video play, but I’ve never really focused on the need to be commercial. This is just another phase, like when I was independent and went to a major label. I’m just stepping back to my roots.

Do you operate with a day-to-day routine or do you wake up and play it by ear?
I have several routines. If I’m in Vegas I’m doing something different than when I’m in LA, and I’m doing something different when I’m in the Bay. I get in the rhythm, which might be hitting the pavement all day, going from meeting to meeting trying to get some money or something, or calling my homies in the studio, just hanging around and visiting, maybe doing a collaboration with somebody or setting up some business for later. When I’m in music-making mode I pretty much wake up, get a meal, and then go straight to the studio and stay there ’til I feel like it’s time to catch up with a female at night or maybe hit a club or just lay it down. I usually don’t work too late at night, but if we don’t get started until 4 pm, we might stay up until two in the morning.

Is selling tapes out of a trunk a lost art? How do you see the digital Internet music revolution affecting the industry overall?
I don’t think selling tapes out of the trunk is a lost art, but it is a very dear part of hip-hop. Even the earliest mixtape guys would get their tapes out there—any version. When you’re a rapper with no fame, no fortune, and you ease it out there, that’s always a beautiful thing.  The 2009 version of that would be MP3s.  Get it on a few websites and get it out there.  It might be a free ringtone or a free download, but just get it out there. And it’s actually bigger than your neighborhood. I love where hip-hop went. When you stop to admire hip-hop and the business it has become, the lifestyle it’s become a part of, it’s probably the most unifying music form on planet Earth.

Some say rap is dead. Others say it’s alive and well. You’ve been in the game longer than most, so where do you stand?
I stand on the music charts. I stand on the songs that are in rotation at the nightclubs.  I stand on what the kids listen to. Hip-hop is a part of that. It’s not all of it, but you’ve got a lot of people out there who don’t want to go to clubs that don’t play hip-hop. I’ve heard them say, “Take me straight to the house of techno,  I don’t fuck with hip-hop. I don’t like the  crowd, I don’t do it,” but there are a lot of people who when they go out partying, you’ve got to mix some hip-hop into their night.  And the kids—the kids love rap music.

What separates the Bay Area from the rest of the country?
It’s the ingredients of the history of the Bay, with the Hell’s Angels and the Black Panthers and the 49ers and the Raiders and the A’s. We’ve been champions in our own right.  We’re proud of where we’re from. That reflects in the musical groups that come from here, and everybody. People who come from the Bay—no matter where they go—they will tell you they’re from the Bay. Say that shit loud and clear. You stand next to anybody. No New Yorker, no Southern California person, nobody can tell you they’re from somewhere better than you. That stands to this day. It comes out in hip-hop in particular because when you’re dealing with the production and the styles and the subject matter, we like to keep it Bay.  This is how we talk, this is how we dress, and this is the kind of music we’re going to make.

Is pimping strictly about women or is it a way of conducting business in general?
Pimping has always been the sale of sex for money. The female is the tool you use to get to the money. I applied the pimp concept to my career. Pimping has been around since the beginning of time. It has been relevant through anything any society has gone through. Somebody always wants to give somebody else something for some pussy. There’s going to be a negotiation for some pussy. So I figured it would be a nice way to represent some of the things I’ve absorbed in the Bay Area. Which,  as you noticed, pimping was on the ballot last year. They want to let the hos walk the streets without stress. We’re all for that. Let the hos be free! Arrest the tricks, not the hos.

Who haven’t you collaborated with that you’d still like to?
I want to do an explicit male-female song with Missy Elliot. Like shit talking, but fun stuff where guys and girls could participate along with the song in the club.

What are you working on right now?
I’m getting ready to drop an album with an R&B group I’m a member of, believe it or not. It’s a very good album. It’s very well-recorded. I did it with some guys who work with  Raphael Saadiq, Tony! Toni! Toné!, the guys from Oakland, and a female rapper by the name of Silk-E, who also sings really well.  There’s another guy from San Francisco named Martin Luther who’s generally a neo-soul kind of artist, but we took him over to the funk realm. The album is really funky. It’s like some really soulful, funky stuff. It’s called Town Business. I’ve been performing lately with a live band and all the guys in the band are songwriters and producers, so we decided to do a project together. We’ll be doing Too $hort songs and we’ll be doing songs from the band.

You’ve had a lot of live instrumentation in your songs throughout the years.
When I started in the studio, it was all musicians. We had a drum machine and we had musicians. I never got into loops and samples. There’s a very small percentage of samples in my whole collection of work.

That’s always been prevalent in Bay Area music. There was always a band.
People in the Bay know how to play instruments. It’s not a big secret. You can go around to a lot of rock bands and a lot of R&B bands and ask everyone in the band where they’re from, and it’s the Bay Area. They’re out there touring with the best of the best.

Do you see correlations between skating and rap as two movements that began and continue to be driven by the streets?
When the skateboarding world meets the rap world, you’re taking two different worlds that function financially and socially without the help of television or any kind of marketing. These worlds just survive. I was always aware that skateboarding wasn’t just a kid thing, but something that you take into your 20s and 30s. But when I started realizing that rap music was a part of skating, I was like, “Shit, this is big.”  I felt like if the urban side of hip-hop started to extremely deteriorate, the skateboard world of hip-hop would live. Much of rap is stuck on material subject matter. Guys are getting more creative, coming from the backpackers side or the skateboarder side, guys who are treating hip-hop more like rock and doing hip-hop videos more like rock videos, that could stimulate the urban side and actually motivate them to get their shit together.

Talk about Youth UpRising.
I started coming around because a buddy of mine works there and they like celebs to visit, and I hung around a couple times and liked what I saw. Some of the guys that work with me now I’d met at Youth UpRising a couple years ago, and we started making music together. I’ve taught classes up there, artist development classes, I’ve been on field trips with them, I’m just like a part of the family. The lady who runs it, Alice, I told her  I don’t want any money, I don’t want a job. She’s like, “That’s cool. I like when you’re here because whenever you’re here the kids are smiling.” I’m thinking it’s always like a big party there, and it’s always a good time, but she’s like, “No, we have some stressful moments—but never when you’re here.”  That gave me a reason to hang around. I bring in a little happiness for an afternoon. It’s cool.
—C. Moneydale

Download Too Short albums or songs from the iTunes store here.