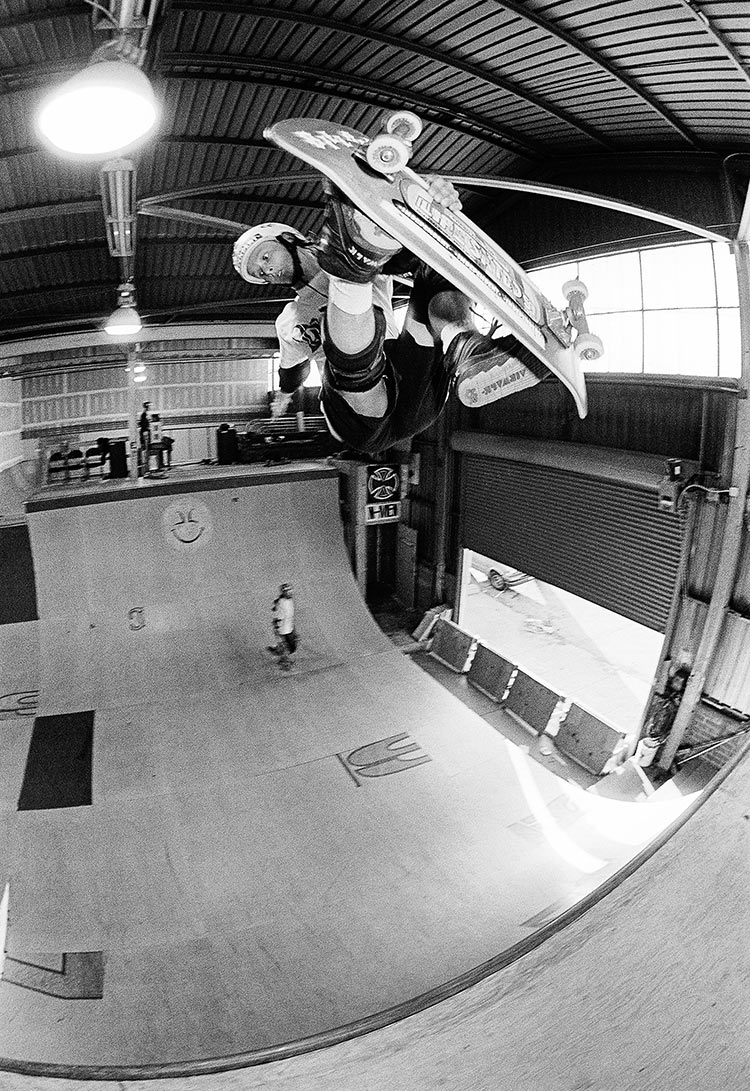 Noah Salasnek was one of the most influential humans I have ever known. Through our many years of traveling and filming together he was always driven by the desire to learn and progress at all costs. When I met him in 1989, he cared mostly about skateboarding. He had the ability to ride anything with speed and style. That is what really stands out to me as I recall the impact he had, first with his skating and then with his snowboarding. He shredded vert, pools, minis and street on his skateboard. He then transferred everything he had learned from skating to his snowboard. His early years on a snowboard set the foundation for the sport we have today. He merged true skate style with snowboarding and completely changed the game. Without a doubt he changed the direction of snowboarding from that point forward. He then mastered riding big mountain lines with his trademark bunny-hop style. To be at the highest level of skating and snowboarding on every type of terrain is something that no one has done as well as Noah Salasnek. It’s hard to imagine what snowboarding would be like today if we did not have such a tireless pioneer of progression and style to lead the way. I can’t thank Noah enough for all he has done for the sports he loved and for being such a down-to-earth and truly awesome human being.

Noah, you will be missed but never forgotten. Your legacy will stand the test of time. With utmost respect and gratitude, shred in peace my great friend. —Mike McEntire


On April 19, 2017, we lost one of the most influential snowboarders of all time, Noah Salasnek. His passion for snowboarding was only outweighed by his love of skateboarding. I had the pleasure of living and traveling with Noah and those are times I will never forget. I met Noah through skateboarding, and we always said, “You meet the best people through skating.” His influences and our memories will never be lost. Thanks, Noah, and thanks skateboarding. —Aaron Vincent