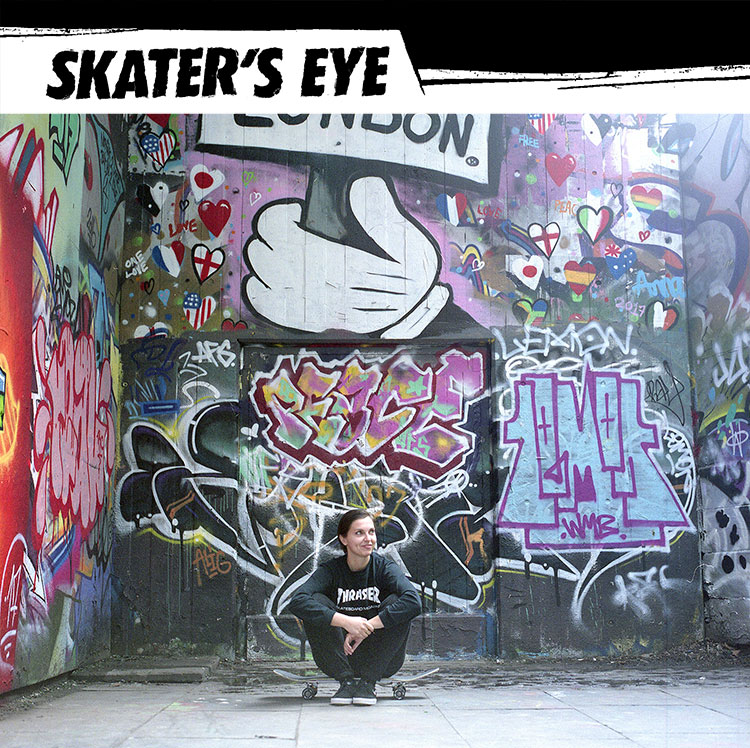 Zorah Olivia is a masterlensperson on the rise. Check out her photos, read the interview, watch her short doc and get inspired. She’s got a show in LA this Friday, too! 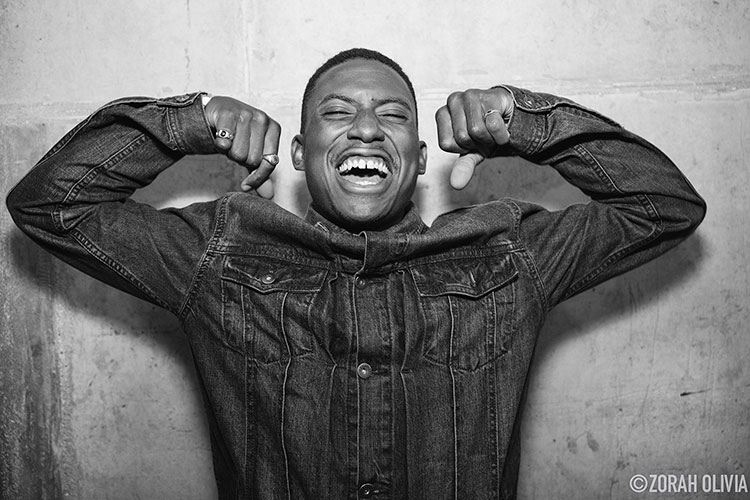 What were some of the first skate photos you saw that really made you want to pick up a camera and figure it out?
I grew up studying Thrasher. I remember tearing out ads and photographs that I loved and taping them to my bedroom walls. I remember specific issues of the mag rather than individual images, the Thrasher TH1RT3EN photo issues always stuck with me! I really loved the May 2007 Andrew Reynolds cover from Wallenberg too. 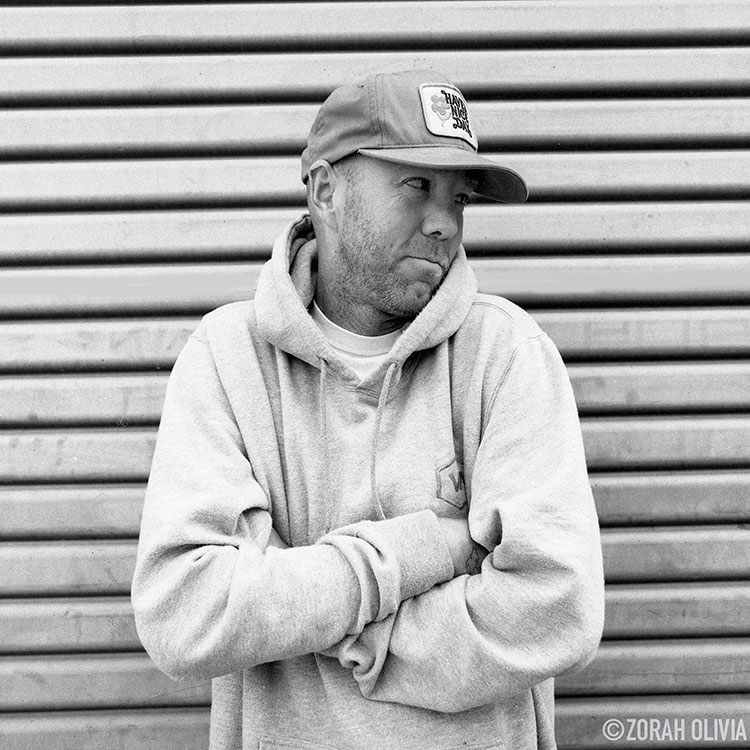 Are you self taught or did you go to school for photography?
For the most part, I’m self taught! I learned a lot from Woodward Camp though. I went as a skateboard camper for six years before I discovered their photo program when I was 16. My first week as a photo camper they taught us about using strobes at skate spots coordinating shoots with pros. The first pro I ever shot a portrait of was Mike Mo. I later went on to major in photography in college, but honestly, I didn’t learn shit. I dropped out and moved to LA after two years of college. 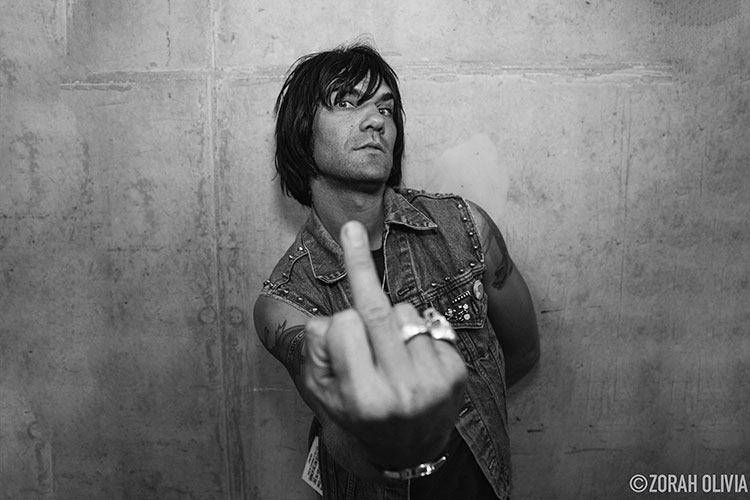 What was the most important lesson that school didn’t teach you that you had to figure out on your own?
How to properly light and photograph products, you know, stuff that gets you paid.

Who are you favorite subjects?
Forever skateboarders. I feel the most alive when I’m photographing skateboarding. 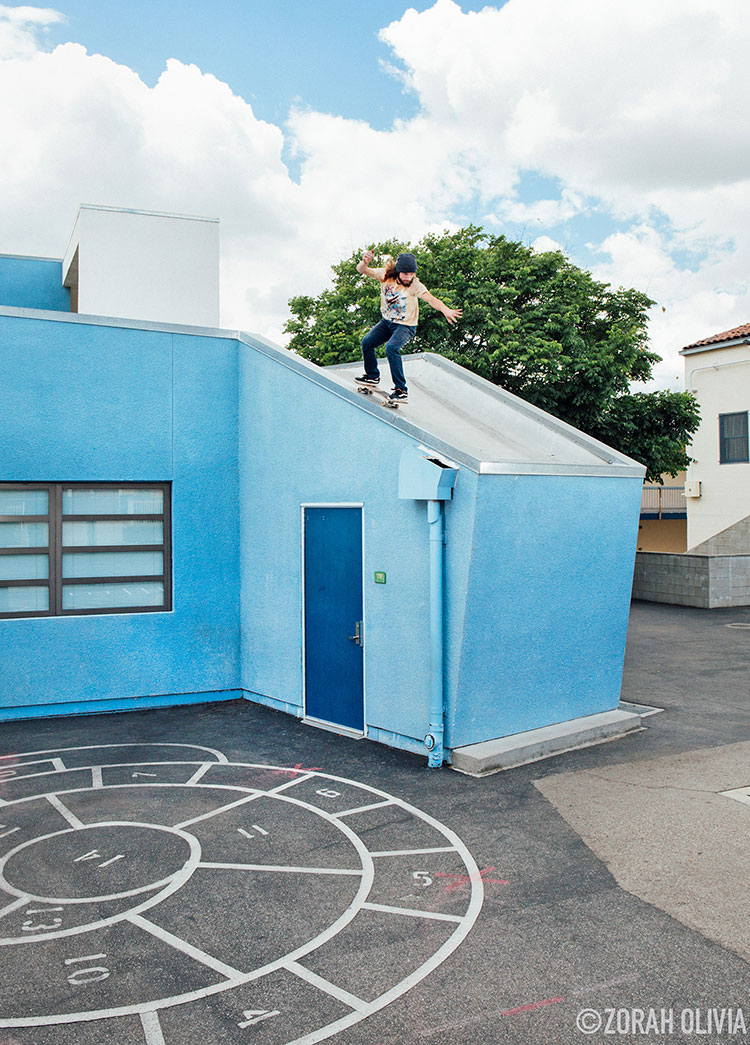 What gets you really excited, photo wise?
When a skater lands their trick and I get the shot at the same time! 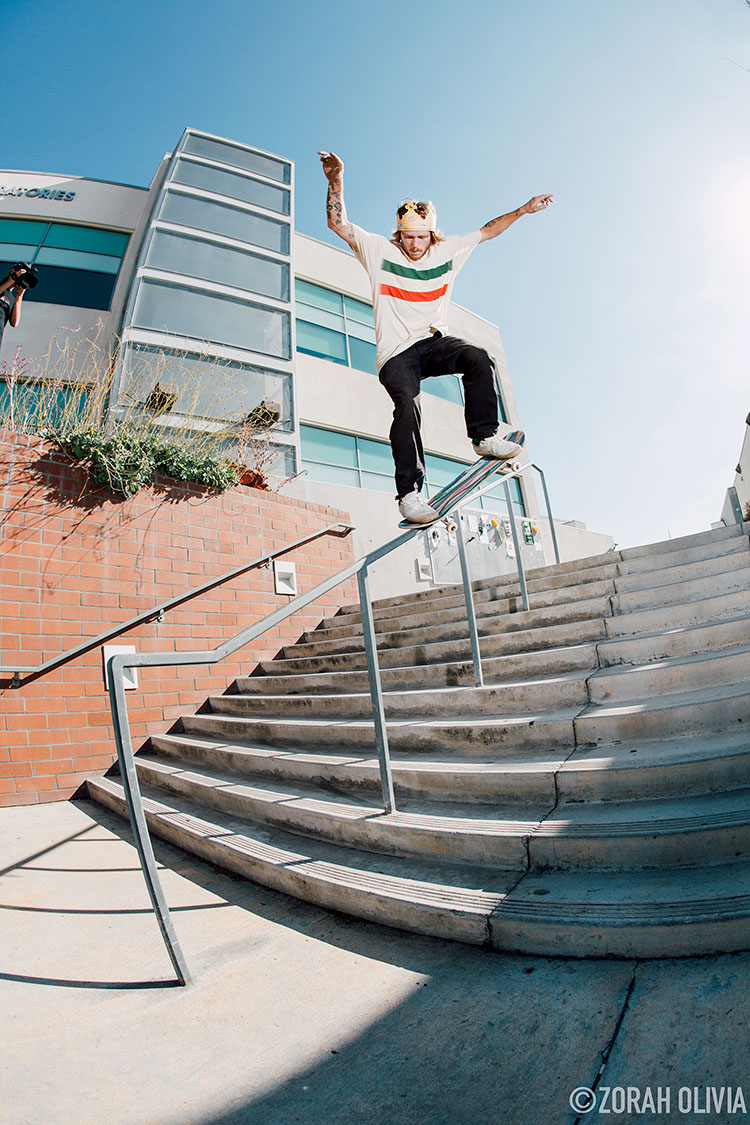 Describe a photo you took that you later felt bad/creepy/sad about.
I photographed an anti-Trump rally in Baltimore the summer before he was elected and there was a pro-Trump rally happening simultaneously across the street. I shot a portrait of a woman covered in American flags holding a “Make America Great Again” poster. At the time, I laughed at the photo because I was convinced that there was no way in hell he would ever get elected. Now that images makes my stomach turn. 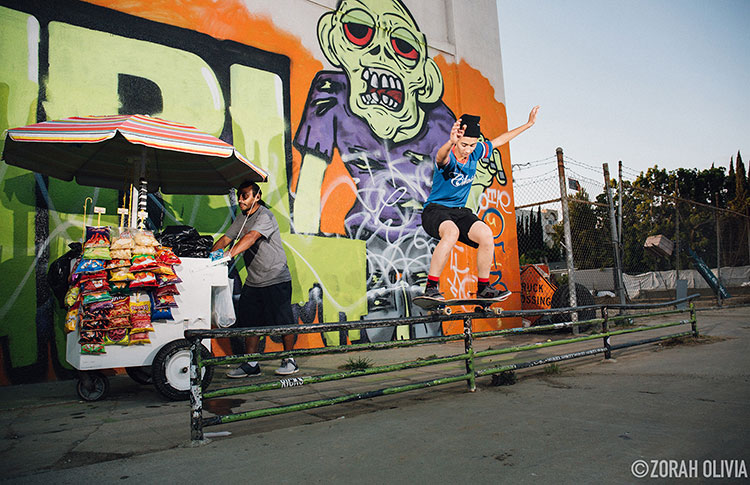 How important is it to be knowledgeable about skate history, pros, trick names, etc. to do what you do? Do you even care about that stuff?
It’s extremely important! Without that knowledge, especially with tricks, you could end up missing moments. Even now, I’ll double check with the skater to make sure I shot the trick properly! 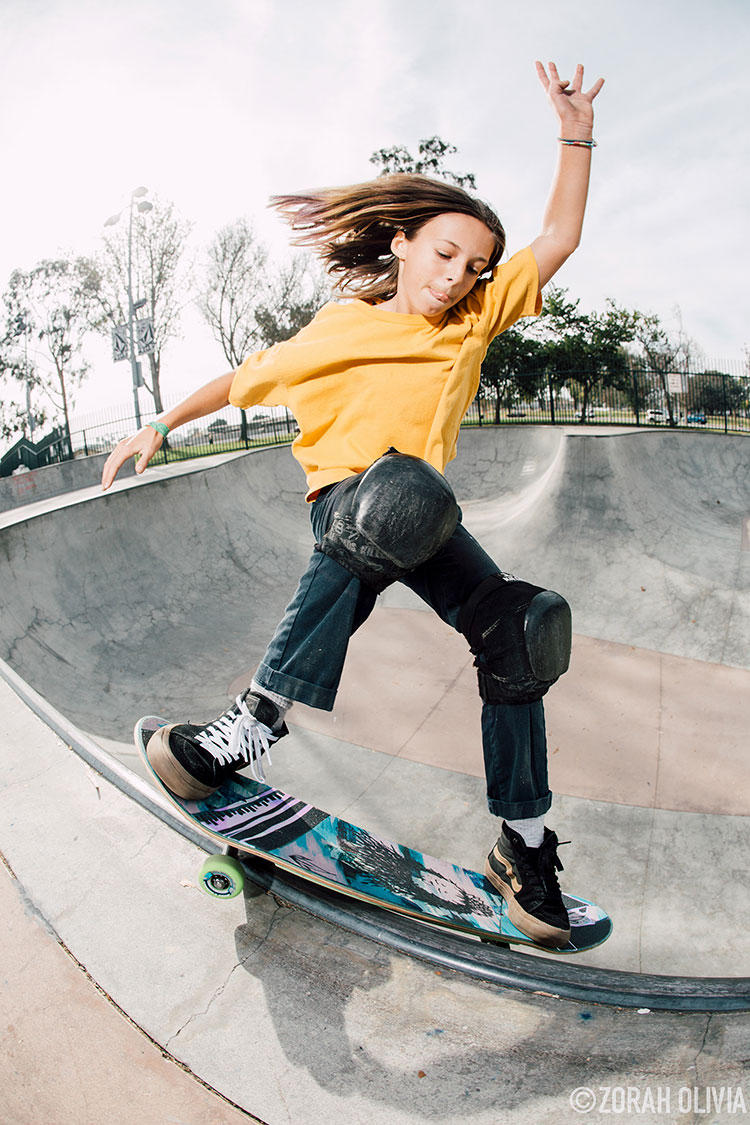 What’s your take on digital manipulation of photos? Where are your limits?
I keep all of my Photoshopping to a minimum. The farthest I’ll take it is removing objects behind skaters if it’s distracting. Other than that, I like playing with colors of images to emulate film. 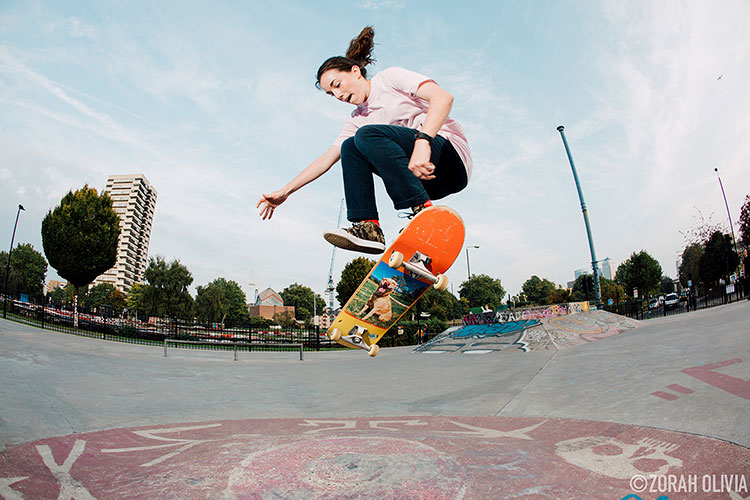 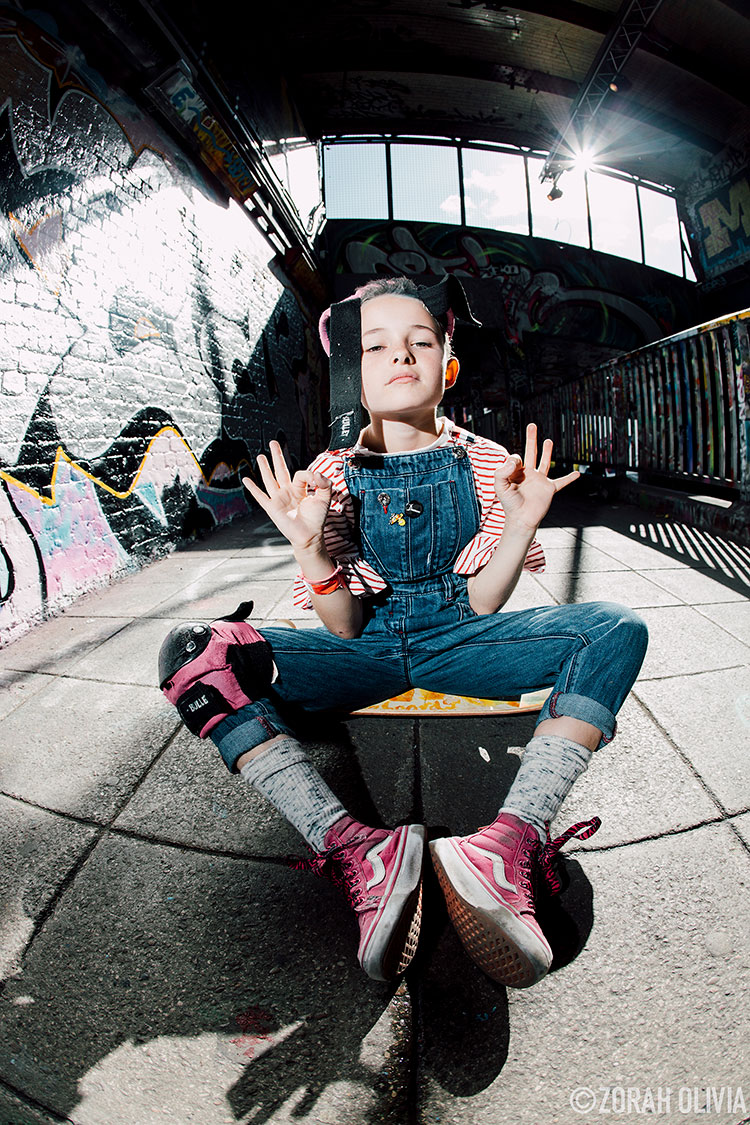 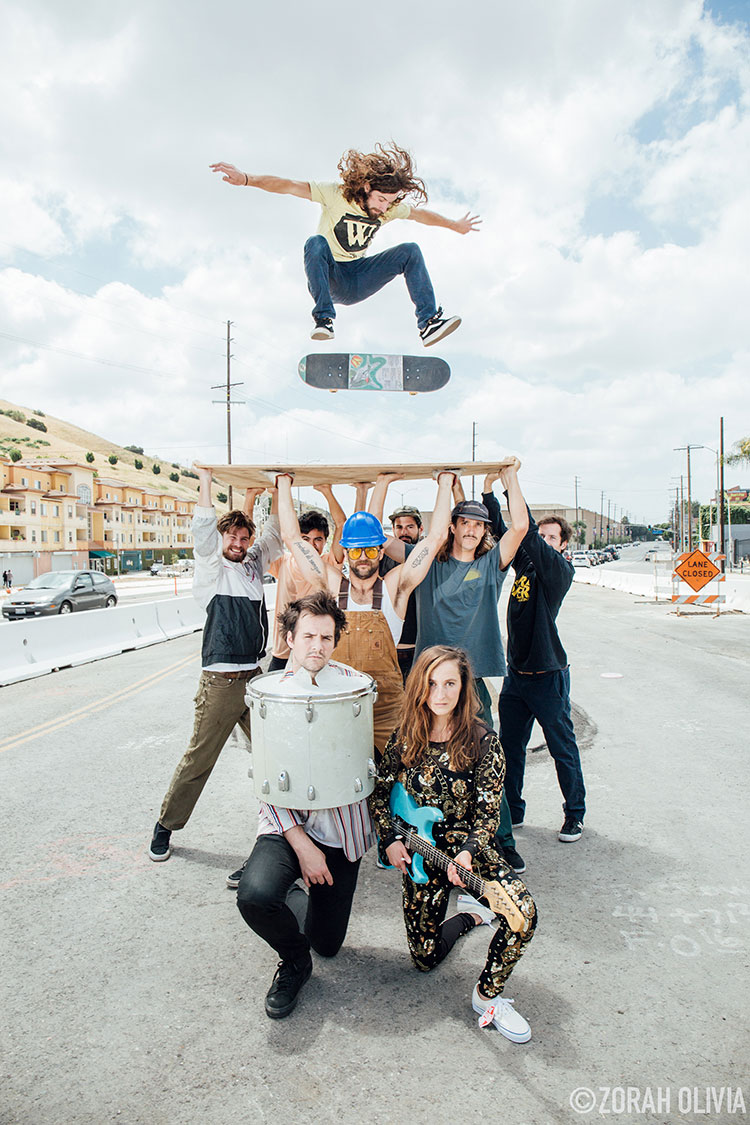 Describe a dream assignment.
Traveling and shooting with the Baker team or a trip across Europe or Asia with the ladies! Jenn Soto, Mariah Duran, Sam Narvaez, Nora Vasconcellos, Samarria Brevard, Nicole Hause, Allysha Lee, just to name a few. The list could go on and on! 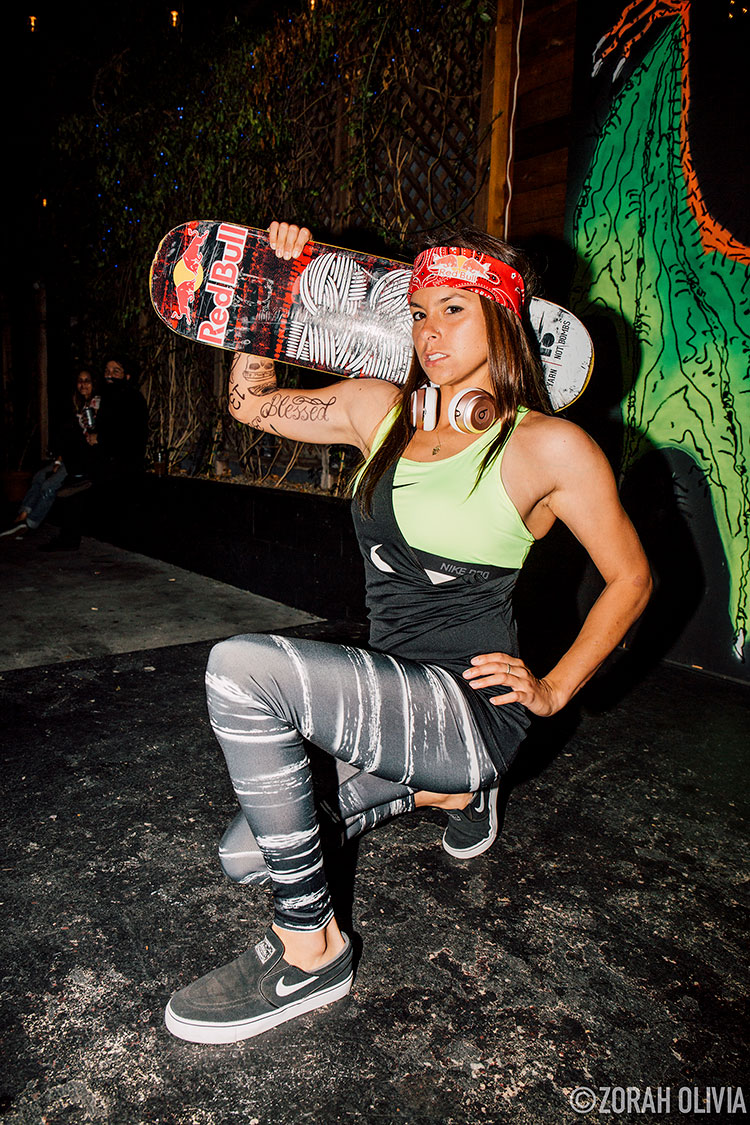 If you could only use one camera body and one lens for the rest of your life, what would it be?
My Hasselblad 500c/m, 50mm f/4. Long live film. 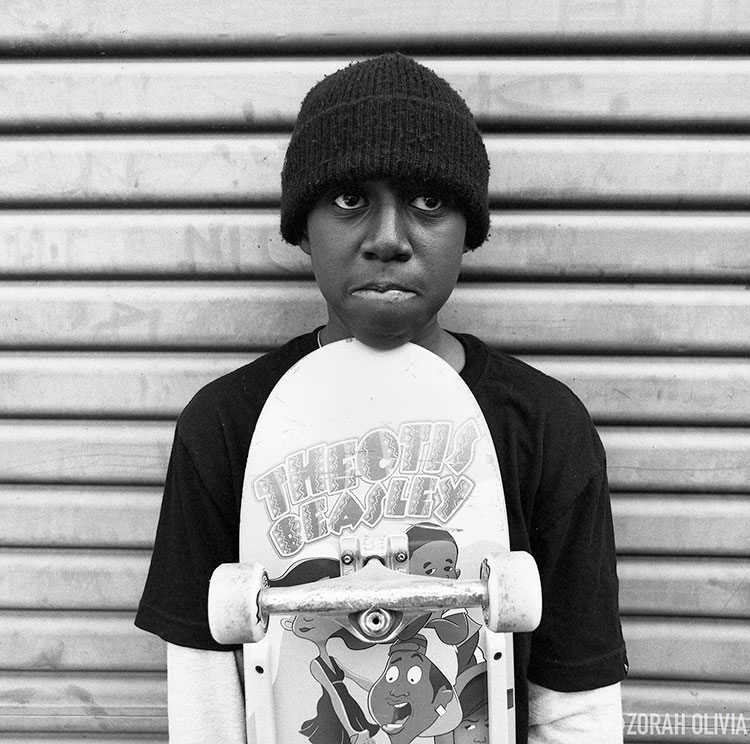 What’s the best advice about photography you’ve ever received?
Have fun, stay healthy, and always carry a camera. 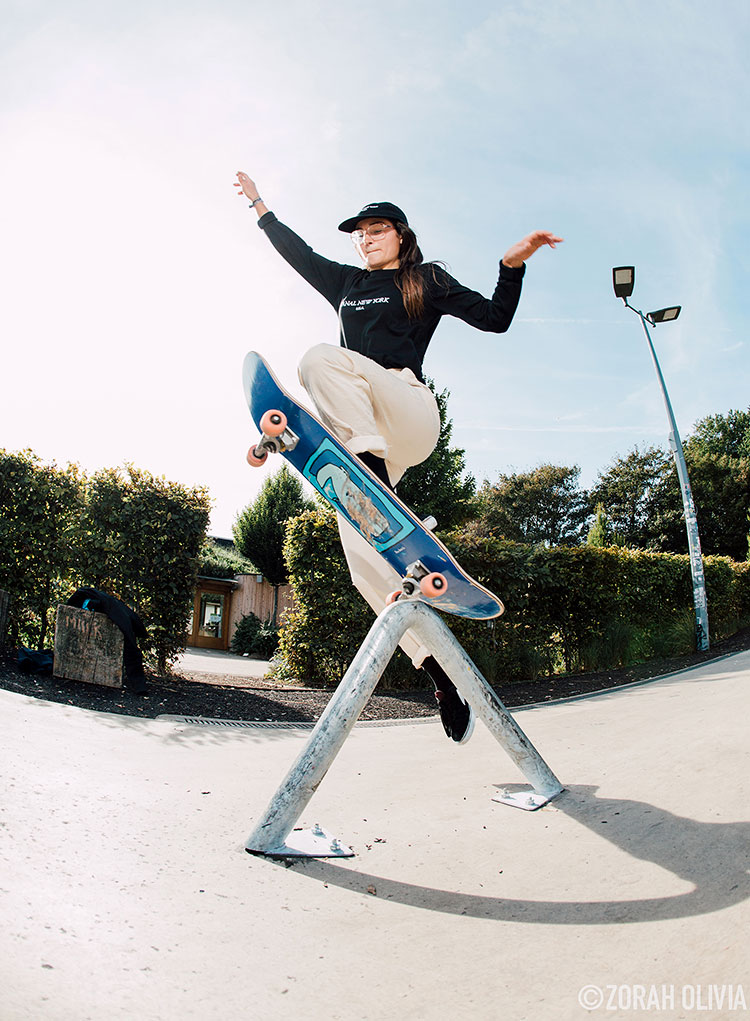 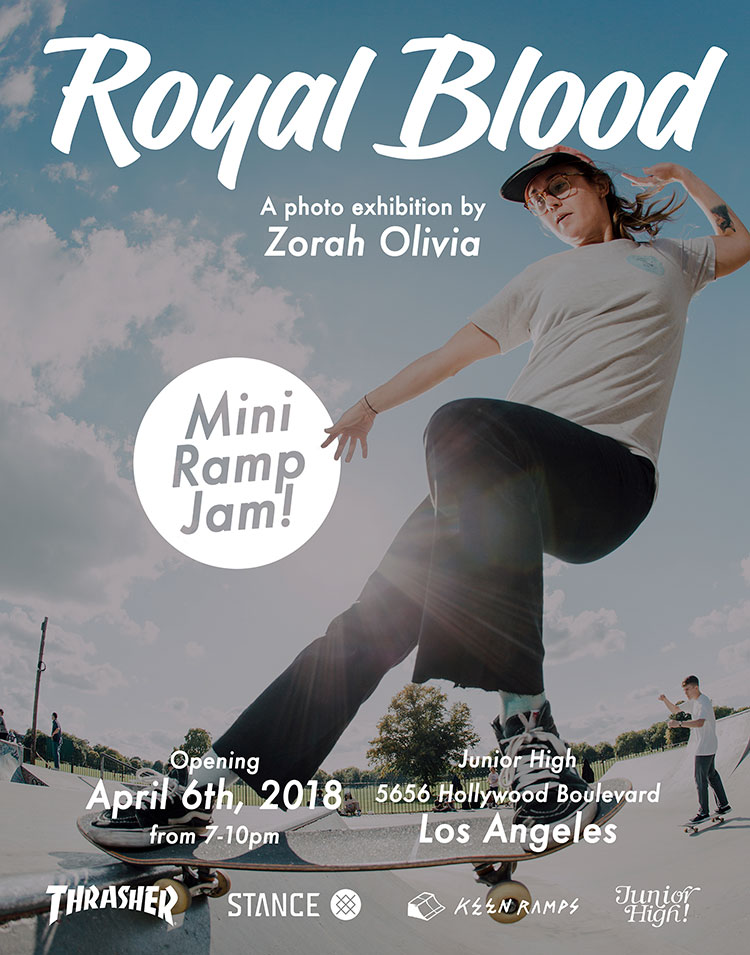